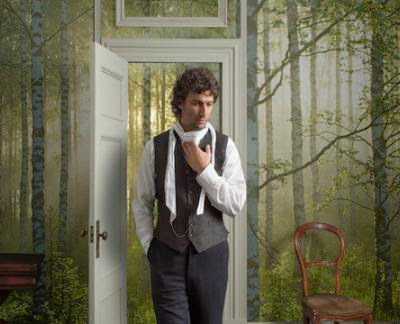 
Goethe was 24 when he wrote his novel Die Leiden des Jungen Werther, 1774.  Thus he was virtually a child himself.  It was a raging success which made him very famous for the rest of his life.  For us Goethe is Faust, written later.  For that era he was Werther.

So what is Jules Massenet's excuse?  He was 50 when he wrote his opera Werther, 1893.  This Werther, 2014, when seen from the view of 2020 is simply a sexual harasser.  We know that unrequited love is painful, but do we need to spread the pain to everyone else?  So the question arises:  is he a cad?

Part of our problem with this opera is what a wonderful job Jonas is doing arousing our sympathy.  This is indeed a beautiful version of the opera.  Now that I know who she is, I especially enjoy Lisette Oropesa as Sophie.