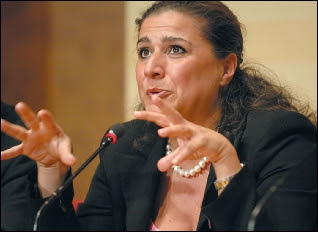 Rumors are flying on the Cecilia Bartoli Forum about her future plans.

In March there is to be a 2 disc Maria DVD from a concert in Barcelona.

I know that La Sonnambula has been recorded for a Decca CD release with Juan Diego Florez. One day it will suddenly pop out of hiding.

There is off and on talk about releasing a DVD of Semele from the Zurich Opera. This will probably be the version without bouncing on the bed. Schade. There is no rumor of a release date.

She is rumored to be repeating Il Turco in Italia at the ROH, something I would definitely travel to see. There is no date attached to this rumor.

She has expressed an interest in a Spanish guitarist, Daniel Casares, and seems interested in touring and maybe even recording with him. Maybe I will get my Flamenco album.

"Cecilia Bartoli muestra su disposición a cantar la ópera ‘Carmen’ en el Teatro de la Maestranza" seems to mean she is interested in doing Carmen in Sevilla. My. It would be irresistible to make this trip.

We are not done. Sometime, somewhere she will sing Desdemona in Rossini's Otello.

Something has come over her. Perhaps her infatuation with La Malibran stimulates her to take more risks. Malibran was a notorious daredevil.

And while we are on the subject of Bartoli, I have found these films of her North American debut in Quebec in 1990: one "Non so piu" and "Parto, parto", two is an interview in French, three "
is Tanti affetti", and four is "Una voce poco fa". Oh my God! She started at the top. This is to remind me how I got here in the first place.

If I had seen this then, would I have still written a book? Probably not. It's hard to imagine.
Posted by Dr.B at 4:05 PM