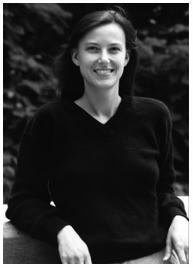 Camerata Capistrano is a student group at California State University, Sacramento led by Lorna Peters. I say led because she never conducts, apparently, though she did play harpsichord on one number. The students just gather and play. I heard her last year at Crocker Art Gallery where she played an entire concert of French harpsichord music without including Francois Couperin.

This reminded me a little of Giardino Armonico where they stand around while they play instead of sitting. In the first half Holly Harrison played a viola concerto by Telemann--no jokes this time--and Bill Damian played a piccolo concerto by Vivaldi. This was a fun piece, and Bill is an excellent piccolo player.

At the end of intermission Dr. Peters said that when she was an undergraduate she was involved in a performance of Bach's St. Matthew Passion, and ever since she had wanted the opportunity to create this music. It's the kind of music that sticks with you.

I also took part in a performance of the Matthew Passion when I was a senior in college. It was life changing. Only a brief selection was presented here, but it was quite beautiful. They did the closing chorus, one of Bach's most beautiful.
Posted by Dr.B at 10:11 AM