Love in the desert 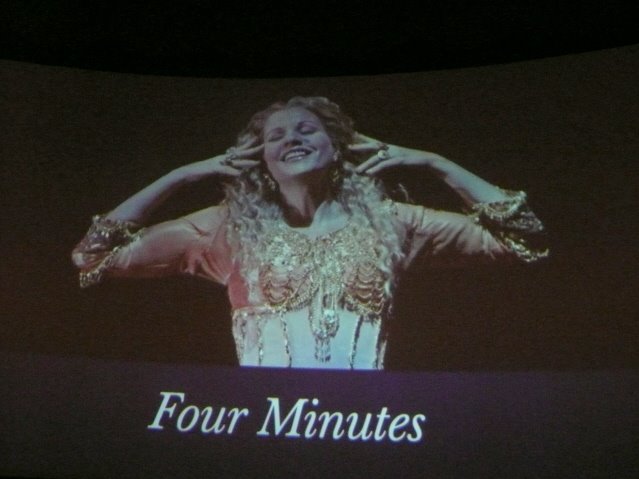 I hadn't seen Thais before Saturday's simulcast from the Metropolitan Opera.  It's very funny. The plot is early Egyptian Christian. The production clarified this by having the head man of the band in the desert carry a stick formed into a cross. The men are all dressed in rags and chant things.
The hero Athanael, sung by Thomas Hampson, is one of the monks and has fallen under the spell of Thais, the most famous courtesan in Alexandria, sung by Renée Fleming. He sees her in his dreams. Now we know right away that this can't be good, but he decides it is a sign from God that he is assigned to convert her to Christianity and save Alexandria from her evil influence.

Nicias has sold several assets and bought Thais for a week. We appear on the final day. "Tomorrow I will be only a name to you," she sings.

Nicias and Athanael are old friends, and A explains to N his intentions to convert Thais to Christianity. Alone, Thais looks into her mirror and prays to Venus that she be granted eternal beauty. Athanael appears and tells her God will give her eternal life. Nice segue. She goes for this.

Then comes the hit tune of Thais, a violin solo called the Meditation from Thais. It was gorgeously played by David Chang who was permitted a bow on stage.

A tells T that she will achieve salvation by going into a convent in the desert and then takes her there. We who are not the fools he seems to be, notice he could just as easily have suggested she should achieve salvation by marrying him. Salvation does not require convents. But then we would have no plot. We have little enough of one as it is. It's all so deliciously silly.

Renée never at any time in the story appears even remotely like a nun.
So she is standing before the convent door thanking A for all he has done for her and saying "You will never see me again."

He, being slow on the uptake, goes "Shit! What have I done?" He goes back to his band in the desert and dreams about Thais. There is a bit where she laughs strangely.

The final scene was the funniest of all. She is perched high in the air, rather like the virgin [BVM] enthroned and sings about how she is feeling religious ecstasy. Her last words before dying are that she sees the face of God.

He in the meanwhile is desperately trying to convince her that heaven is all a crock.

Is it really this funny, or is it just Renée's style that makes it seem so? She was suitably gorgeous, seductive and ecstatic by turns, and sang beautifully. For my ear she is now singing her best ever. The middle of her voice is quite gorgeous while she retains her top. Hampson sang well and was not annoying.

It was fun and completely impossible to imagine without Renée.

I agree that Fleming sounded terrific, and she admitted during an interview that the role suited her well because of its middle-register placement. I thought Hampson was OK.

The meditation was clearly the afternoon's highlight, and in this Massenet piece I believe he wrote much better orchestral music than vocal. I especially loved the "oriental theme music" during the scene in front of Thais' doorway.

My wife, even more of an atheist than I, wondered why they were compelled to burn her belongings rather than give them to the poor. She also laughed out loud when, at the end, Hampson declared "There is no God." It did not endear her to our near neighbors.

Domingo should stick to conducting and forget about interviewing. I thought he was particularly uncomfortable on-screen, even fortified with note cards. But I guess it would have been too much to expect Renee to perform AND do interviews.

Finally -- great scenery, and I love how the camera work each broadcast continues to show the backstage complexity and drama. [Did you catch the "oh shit" between scenes?] But this opera has simply too many scene changes for decent continuity.