When I said I was going to Germany for no reason, it wasn't exactly true. I came to hear my friend Dolores Blumenstock in recital in Ulm. The recital took place in the Haus der Begegnung in a room that began its life as a Greek church. 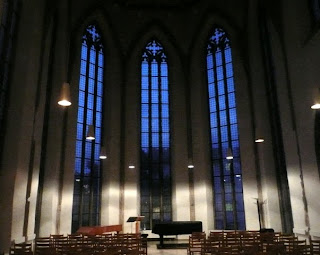 I was impressed with her program and with the fact that she still sings. She did:

The recital is a remembrance of her husband who died a year ago. Unrelenting sadness can work for some people, and it did for Dolores. 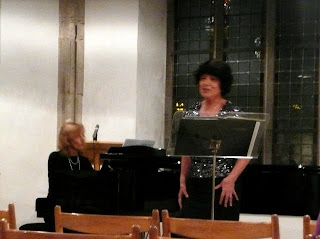 Normally she is cheerful. Ulm has changed a lot, but Dolores seems ever the same.