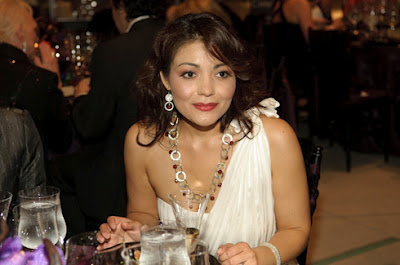 Soprano Ailyn Pérez, last summer's rollerskating Marguerite in the Santa Fe Opera's Faust, has been named the winner of this year's Richard Tucker Prize.  Her husband, tenor Stephen Costello, won in 2009.  Was it a psychic coincidence that I included both of them in my "New Candidates for Sexiest" list last October?

Here is a longer article about the award.
Posted by Dr.B at 10:13 PM