I am continuing in my obsession with French music.  The Germans are square and dynamic throughout their musical history.  Even when they borrow heavily from the Italians, the result is formal and serious.  The Italians are lyrical and emotional, concentrating their emotions into the joy of beautiful singing.  But what exactly are the French?  They always seem to obscure the form, sublimate the emotion, sanitize the phrasing, lift the poetry, do everything in their power to render the ethereal.  Their feet seem hardly to touch the ground.

On my iPod are four versions of Ravel's Shéhérazade, so I have made them into a playlist which I can listen to while walking around the park.  In the order of the soprano's first name: 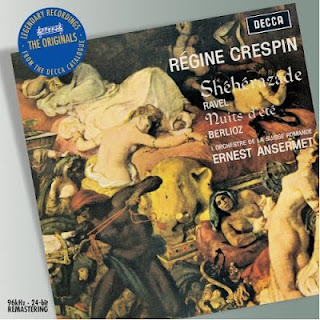 The version by Régine Crespin and the Orchestre de la Suisse Romande, directed by Ansermet, from the album Berlioz: Les Nuits D'Ete; Rimsky-Korsakov: Scheherazade; Debussy; Poulenc: Songs are on what has been called one of the 100 greatest recordings of all time.  Those who prefer Régine are probably of the conservative, classical bent.  She is a singer who sings large and keeps her eyes fixed on the horizon.  She expresses at the level of whole phrases, or perhaps even larger expanses.  This is not Italian music--slides are only occasional. She is exquisitely French in all her aspects. 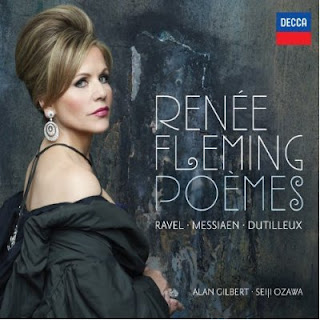 The version by Renée Fleming and the Radio France Philharmonic Orchestra, directed by Alan Gilbert, from the album Poèmes is given very much the Fleming treatment.  Each single note is a unit of expression.  She scoops and slides in a delicate way, but nevertheless she does it frequently.  This version is for lovers of Renée Fleming who will find it very rewarding.  She intimately lures you in.  In fact, this may be the expressive purpose of everything she does.  The contrast with Crespin is complete. 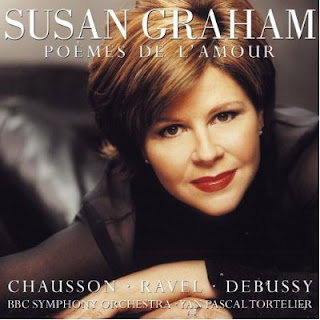 The third set is Susan Graham with the BBC Symphony Orchestra, directed by Yan Pascal Tortelier, from the album Poèmes de l’amour.  She slides only occasionally.  Why talk about that?  I'm not good with the adjectives thing.  When you've put together a string of adjectives, what do you really have?  She is the only mezzo in the set, but manages simultaneously a dark color and a light interpretation.  I think this is one of her gifts.  She does it all with her heart. 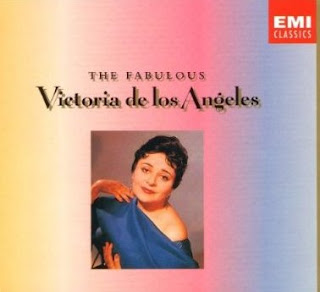 Last is the version by Victoria de Los Angeles with the Orchestre de la Societe des Concerts du Conservatoire, conducted by Georges Pretre, from the album The Fabulous Victoria De Los Angeles.  I've always loved the way she sings French.  She has fallen out of favor with modern listeners, possibly because of the lightness of her voice, but I still love her.  She is the easiest to understand and slides in a gorgeously subtle way.  I could listen all day.

Am I required to pick one?  Only one of these ladies actually is French, and she produces the straightest, driest interpretation of the four.  Her eyes are on the skies.  Each has a lot to offer, but my heart belongs to Victoria.  There are many more on YouTube.
#ad