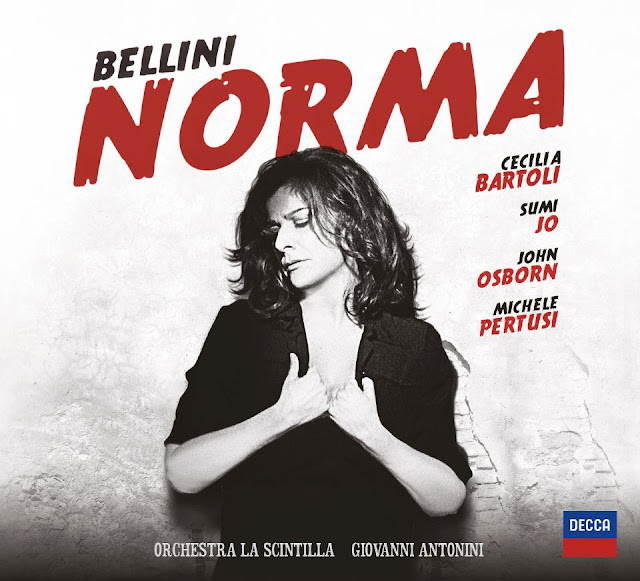 Announced on Facebook, here is the cover.  I love it.

The news for Cecilia Bartoli is coming a bit too fast to keep up with it.

Of course, there is Norma at the Salzburger Festspiele on May 17 and 19.  There is still no news that it will be streamed, but there is news from the Cecilia Bartoli Forum that a CD of Norma will be released simultaneous with the premiere at Salzburg.  You can pre-order this on Amazon.de, but I see nothing on the US site.

You can pre-order a DVD of Cecilia Bartoli in Le Comte Ory from Amazon, but there is no proposed release date.

Cecilia will perform "Wir hab nun Trauerigkeit" from the Brahms' Requiem on May 20 also at the Salzburger Festspiele.  The baritone is René Pape.

From January 14, 2014, to Feb 25 she is announced for the title role in Handel's Alcina at the Zurich Opera.

Then there's Rossini's Otello in Paris starting on April 7, 2014.

In between all these things are concerts.  There is still no announcement of anyone streaming.
#ad