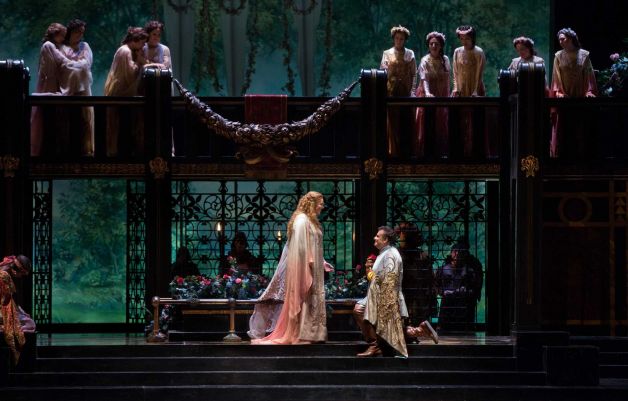 Today's simulcast from the Metropolitan Opera, Zandonai's Francesca da Rimini, 1914, was just the production for those who like their opera to be pretty.  Every frame will remind you of Dante Gabriel Rossetti. 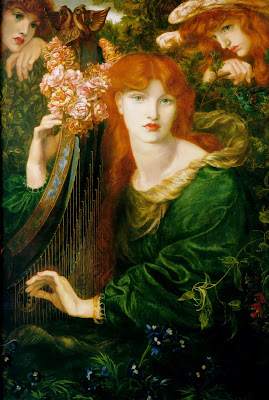 At least a bit.  Eva-Maria Westbroek in the title role has to be the most Pre-Raphaelite opera singer you've ever seen.  This was my fourth role for her after Jenůfa in Munich, three different performances of Sieglinde and her wonderful outing as Anna Nicole. Her work in this opera was intensely passionate.

This opera is also about the Guelphs and Ghibellines, it turns out. The Malatesta family, Paolo the beautiful, sung by Marcello Giordani, Gianciotto the deformed, sung brilliantly by Mark Delevan, and Malatestino the one-eyed, sung by Robert Brubaker, are Guelphs.  What a sorry lot they are.

The plot is not complicated.  Originally Francesca is just a reference in The Inferno.  Francesca is tricked into marrying Gianciotto.  She thinks she is marrying Paolo, but all the men know she is not.  In spite of the fact that he knows she is married to Gianciotto, Paolo falls in love with her.  Everything turns out badly.

The music is for a plush, romantic orchestra, perhaps after Mascagni and Boito.  I don't really hear Puccini in it.  The opera is a bit long, but not really long enough to justify starting an hour early.  We were out by 1:00.  Every once in a while one should see it.
#ad