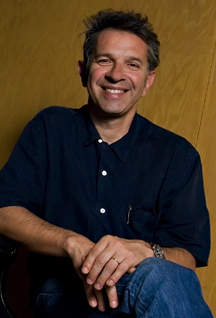 A performance of Il combattimento di Tancredi e Clorinda by Claudio Monteverdi fell into my path at the Mondavi Center in Davis.  This turned out to be an unusual performance by a group called Empyrean Ensemble.

This particular piece turns out to be something I have a score for.  It is one of the Canti Guerrieri from Monteverdi's 8th madrigal book.  It is originally scored for strings and continuo, is in fact the source for one of Monteverdi's inventions:  the string tremolo.  This idea didn't exactly sweep the world when Monteverdi invented it, but eventually it became a staple of opera.  The piece also employs pizzicato.  Monteverdi in many ways invented the future.

However, in our performance the piece was reorchestrated for violin, cello, string bass, clarinet, harpsichord and marimba.  It was also transposed to suit the voice of soprano Suzana Ograjeniek who performed the entire piece alone.  Monteverdi did not lose his intensity in this unusual arrangement.  It is a wonderful piece, one of the more spectacular examples of monody.  I have only one complaint--Italian diction was not very good.

This performance was paired with an original composition of the same text by Pablo Ortiz, a member of the faculty at UC Davis, called Parodia.   In this work the Testa or narrator is sung by a chorus.  The style of their a capella singing reminded me most of barbershop quartet singing:  seventh chords that never resolve to triads.  To the previous instrumental ensemble was added a bass clarinet and a drum set.

The staging for both pieces was minimal.  Behind the performers were computerized projections on a large screen.  There was a platform which allowed for some movement from side to side.  In the Ortiz piece the characters Tancredi and Clorinda were performed by tenor Jonathan Smucker and soprano Suzana Ograjeniek.  The ensemble was conducted by Matilda Hofman.