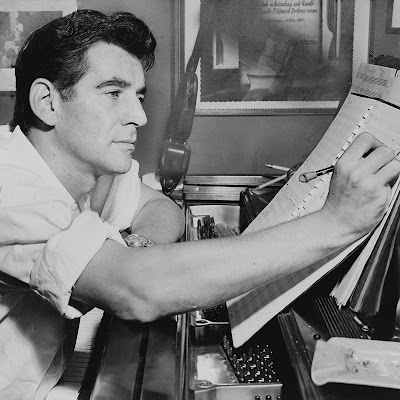 Last night Opera Parallèle presented Samuel Barber’s Hand of Bridge and Leonard Bernstein’s Trouble in Tahiti at Z Space in San Francisco.  To date I have loved everything they did, (see here, here and here) but not this time.  Most of what I didn't like had to do with Z Space.  Like it or not, the audience for opera is old people.  Two different audience members fell down trying to get to their seats.  If you insist on staying in this venue, I predict a law suit in your future.  The acoustics were not good.  The orchestra was positioned to the side of the stage with no shielding.  I think a screen between the orchestra and the audience would have been helpful.  Any kind of pit muffles the orchestra at least a bit.  Here there was no pit and a lot of reverb, not a good combination.  Z Space is probably cheaper than the place in Yerba Buena Center, but I will not go there again.

These two operas are basically the world before Betty Friedan.  Some of us lived then.  The sexes are still battling, but the rules have changed.

Operas are full of projections these days.  They faked an entire movie of people on Tahiti, complete with a rescuing navy.  It was funny but very much too complex and distracting from the characters of the opera.  I liked the atmospheric stuff, like the cigarette ads, but not the movie.  This is a gross generalization:  the opera is about the people singing.  Try to remember that.  What I imagine is that this opera was found to be tedious, and the fake movie was intended to make it more interesting.  It was a futile effort.

Baritone Eugene Brancoveanu (Sam) and mezzo-soprano Lisa Chavez (Dinah) played the main characters in both operas.  They are excellent singers and fully up to the challenge of a loud orchestra.