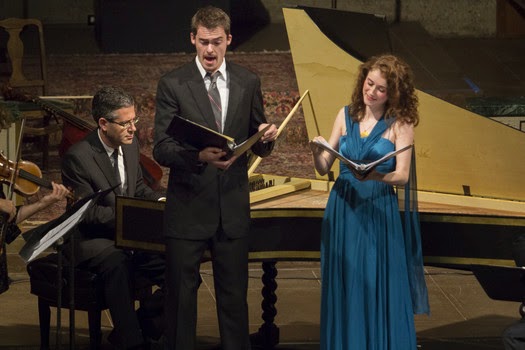 Handel's Acis [ACE-iss] and Galatea was originally devised as a one-act masque which premiered in 1718 [some of these words borrowed from Wikipedia].  I decided to use the Wikipedia description of this work because it is a bit difficult to pin down.  It isn't an opera.  Why?  In that period opera was in Italian.  The text here is in English by John Gay before he became famous for The Beggars Opera.  It's completely outside of Handel's oratorio period.  So we're going with masque, a popular form during the life of Henry Purcell whose work this somewhat resembles.  There is Purcell-like text painting, for instance.  There is no dancing.  Never mind.

I went last night to hear the American Bach Soloists perform Handel's Acis and Galatea.  For me they are the best classical group that appears anywhere near Sacramento.

And what a wonderful piece.  Who knew Handel could compose such fun, frolicking music?  The finale of Act I says, "Happy we!  What joys we feel!  What charms we see!" and a celesta suddenly appears to accompany the chorus.  This number was encored at the end.  Have I ever seen an encore at an orchestral concert in America?  They do it all the time in Italy.

Even the monster Polyphemus who appears in Act II to produce the sad ending is strangely charming.  Mischa Bouvier is one of my special favorites.  Why don't we see him in more places?  He sings, "Die, presumptuous Acis, die!" in a rather adorably savage way.  No, I can't explain it.  It's a love triangle.  I'm not sure what the character Damon is for.  He's like the voice of your mother in your ear telling you not to do bad things. 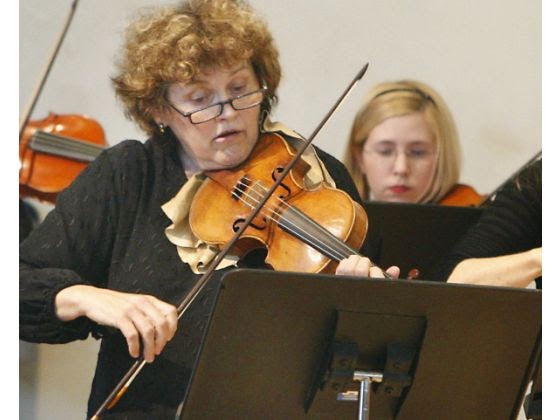 As a kind of prelude, Bach's Brandenburg Concert 4 was performed, with solos by Elizabeth Blumenstock (above) on violin, and Judith Linsenberg and Debra Nagy on recorders.

Everything they do is fabulous.  And Mary Wilson received a mention in Opera News best of 2014 in Laudate Pueri Dominum with American Bach Soloists (ABS).