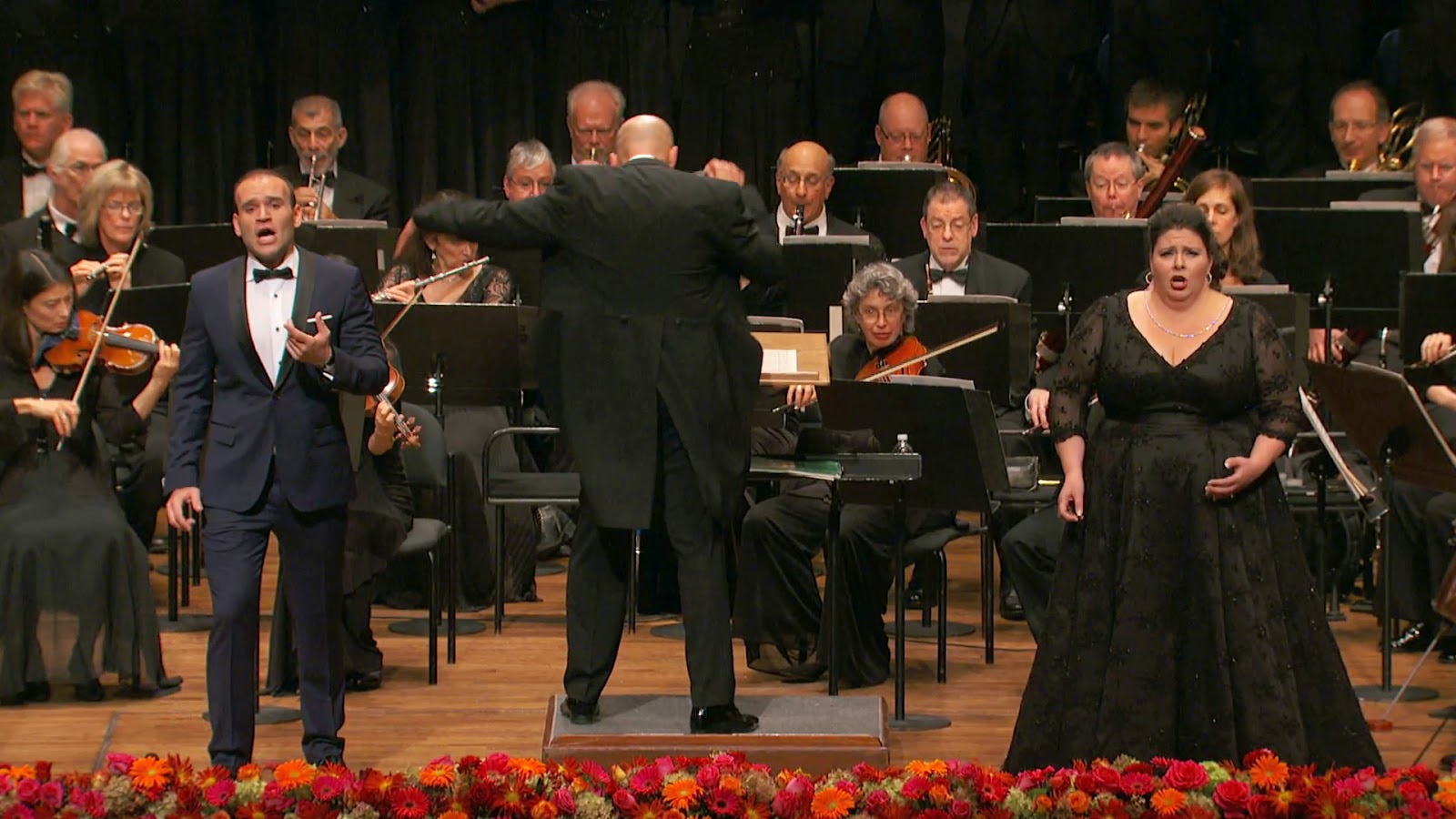 This year the gala appeared on my local PBS station. Perhaps this was due to my complaining, perhaps not. I'm showing the program that was on tv. Maestro Emmanuel Villaume conducting.

PIETRO MASCAGNI, “Regina Coeli…Inneggiamo” from Cavalleria rusticana, ELENA BOCHEROVA, mezzo-soprano, NEW YORK CHORAL SOCIETY.  There needs to be some serious complaining on this item.  The large chorus covered the mezzo most of the time.  Normally the choir is offstage here, if I remember correctly, so you are going to have to tone them down.

LEONARD BERNSTEIN, “I Feel Pretty” from West Side Story/ PRETTY YENDE, Soprano.  Pretty singing a song about being pretty.  Very cute.  The conductor burst in with what sounded like prompting toward the end.  What was that about?

Michael Fabiano put on an excellent showing here.  He held his own against big stars of the opera world and exceeded most of them in the passion department.  Michael isn't one of those American opera singers who put all their energy into correct singing.  He gets down.  Bravo.  I expect to see a lot more of him.