This is next year's schedule for the San Francisco Opera.

War horses are rather thick on the ground.  Of our 9 operas, 6 are from the top 20 most frequently performed operas and 4 are from the top 10.  In an attempt to appeal to the masses, the company seems to be missing the point that the opera fans who form the donor base will be bored and disappointed. 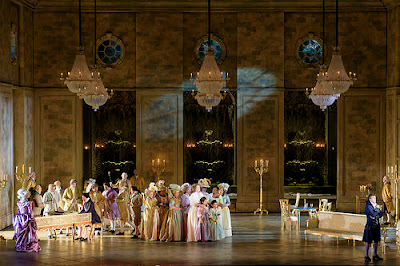 The season opens with Umberto Giordano's Andrea Chénier in a new production by David McVicar from the Royal Opera Covent Garden.  This opera shows from September 9-30 2016 and stars Yonghoon Lee* as Andrea Chénier  and Anna Pirozzi* as Maddalena de Coigny.  Nicola Luisotti will conduct.  This is a verismo opera and recently played in movie theaters in a wonderful production which we will also enjoy. 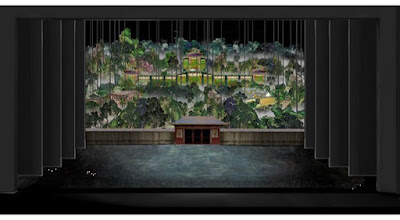 Bright Sheng's Dream of the Red Chamber will receive its world premiere.  This opera shows from September 10-29 2016. Stan Lai and Tim Yip will prepare the production.  There are samples on the web site which indicate a fascinating amalgamation of occidental and oriental sounds.  Most of the cast are making their San Francisco Opera debuts.  George Manahan will conduct. 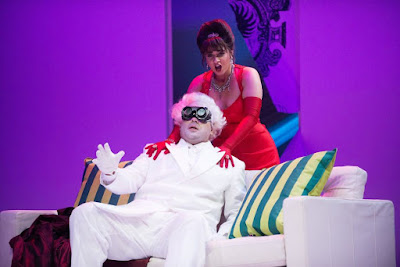 Don Pasquale #42 by Donizetti in a "fanciful" new production by Laurent Pelly.   This opera shows from  September 28- October 15 2016.  The important part of this announcement is the presence of Lawrence Brownlee in the cast list.  At long last!  Maurizio Muraro is our Don, Heidi Stober, Lucas Meachem and Giuseppe Finzi conducts.  (P.S. I no longer remember where I got this picture which appears to have no relationship to the actual production.  I notice now that our production is from the Santa Fe opera.) 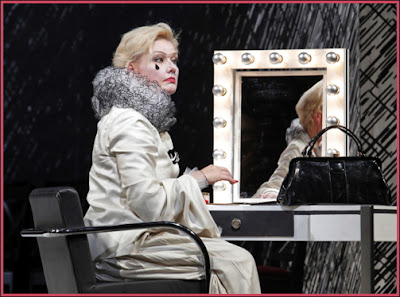 Leoš Janáček's The Makropulos Case is a revival from 2010.  This opera shows from October 14-29 2016.  The excellent Nadja Michael will sing the eternal woman Emilia Marty and Mikhail Tatarnikov* conducts.  Charles Workman is the replacement tenor. 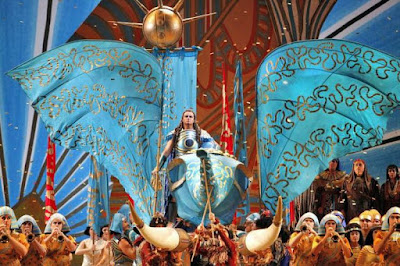 Verdi's Aida #13 is a new production by Francesca Zambello.   This opera shows from November 5- December 6 2016.  The stars are Brian Jagde and Leah Crocetto.  Nicola Luisotti conducts.

Puccini's Madama Butterfly  #8 is a revival.   This opera shows from November 6- December 4 2016 and stars Lianna Haroutounian whom I have seen only in a movie theater film from London. 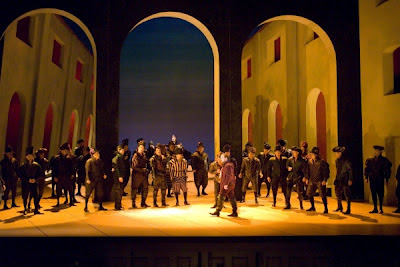 Verdi's Rigoletto  #10 is a revival from 2010.  This opera shows from May 31- July 1 2017: Nicola Luisotti conducts. Rigoletto is sung by Quinn Kelsey and Nino Machaidze*, who is popular at the LA Opera, makes her SFO debut as Gilda. 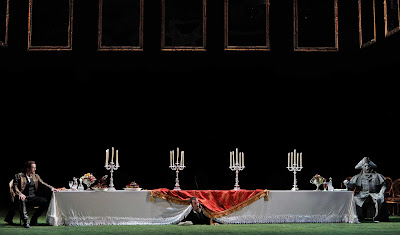 Mozart's Don Giovanni  #7  This opera shows from June 4-30 2017: Don Giovanni is Ildebrando D’Arcangelo*, Donna Anna is Erin Wall* and Donna Elvira is Ana María Martínez.  These are some fine singers.  Marc Minkowski* will conduct in his SFO debut. 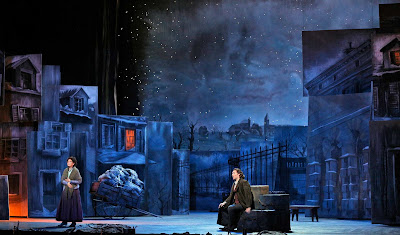 Two productions in 2017 have been announced for Opera Lab in the new Wilsey Center's Atrium Theater: