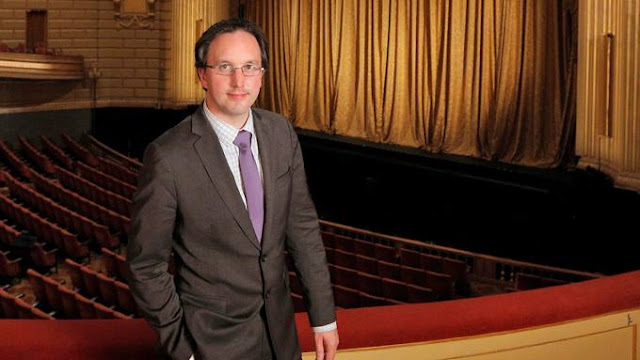 I received in my email a link to a film of the board meeting of the San Francisco Opera.  The president, the CFO and Matthew Shilvock, the general manager.  The entertainment was cut.  A number of points were covered.

Ticket sales for next season are well ahead of this season.  We are closer to a balanced budget than we've been in years.

The search is on for a new Musical Director to succeed Nicola Luisotti. I hope they can find another Italian.

We were told that Dream of the Red Chamber from the 2016-17 season has been touring in Asia where it is a big hit.  Fascinating.

Next season there will be only 8 productions, a significant factor in balancing the budget.  This was accompanied by a rather disturbing announcement.  Only two (Riccardo Frizza and Patrick Summers) of next season's 8 conductors have ever conducted an opera before.  I am hoping I misunderstood this.

The San Francisco Opera began with Tosca, and it seems we have been watching the same Tosca set for all that time.  I remember Maria Collier, Angela Gheorghiu and Leontyne Price.  We are getting a new production created here in our shops.

Matthew addressed the issue of his artistic vision.  When they first hired him, I brought up the fact that no one had ever mentioned this in anything I had read about him.

Shilvock spoke only of connecting with the communities of the San Francisco Bay Area.  I support this.  The San Francisco Opera is idle in both early spring and late summer, giving him ample time to see operas from around the world.  He hasn't promised us anything in particular, and I still see this as a problem.  I will be watching closely to see who he hires as Musical Director.  And just because we haven't been promised stars doesn't mean we can't still have them.