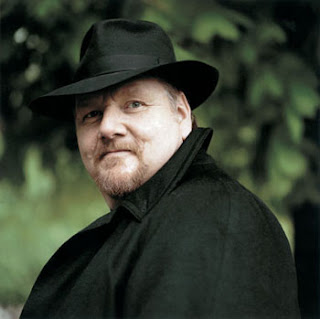 This is translated from Opernglas.

Before his Met debut 1988 he had sung not one large role at small opera houses. At Easter Ben Heppner sings Siegfried in “Götterdämmerung” in Salzburg. Marc Fiedler met him in London. Selections from the interview.

One often says, Tristan is a milestone in the career of each Wagner singer.

Is he! The first really large milestone of my career was Walther von Stolzing. Today I feel however most strongly drawn to Tristan.

Why Tristan? There are other Wagner roles, which actually always played a subordinated role in your career: Tannhäuser, Lohengrin, Parsifal, Siegmund …

I had in 1998 the big chance to give my Tristan debut in a new production in Seattle. As one asked me three, four years before, I did not know what I should answer. I called my coach. She asked me: “How old will you be with this debut?“ I said: “42.“ She answered: “If you can’t sing the role by 42, you it will never pull it off.“ After that I dared the step. You see, that was a very pragmatic decision (laughs).

I had always made a very large circle around both the Siegfried roles, not because the roles appeared for tessitura and technique impossible to me, but because I saw myself again, as a pragmatist, with a hellish preparation time, in order then, with a “Ring” cycle to stand for performances, but only two, three times on the stage. I had the feeling Tristan gives back substantially more. Now, after I had sung both the Siegfrieds in Aix EN Provence and in Salzburg - with the Easter festivals this year comes also “Götterdämmerung” - I wished, I would have taken this step earlier. The challenge, and also the satisfaction of singing Siegfried are larger, than I had presented them to myself. Feelings-wise one cannot compare the two roles with Tristan. The actual third dimension comes with the young Siegfried only in the third act, after he has kissed Brünnhilde.

With Siegfried was the thirst for other Wagner roles awakened?

Actually the thirst was always already there. I love Siegmund and Parsifal, wanted however to wait until my voice became with the age somewhat darker, more baritonal. I think already that the time has come now to tackle these two wonderful roles.

How do you prepare apart from the study of the scores and coaching for such parts? Are there references for you?

Which regards to Tristan, Wolfgang Windgassen was certainly a reference. He also sang the part very late and groped with the role just as carefully as I do. Vickers' way to sing Tristan shook me next. I needed time in order to understand his interpretation, which fascinates me. And Siegfried? I think that I learned very much from Jess Thomas.

The beginning of the yearly 2010 stands completely in the sign of Wagner: Before already mentioned Siegfried in the Salzburger “Götterdämmerung” stand appearances as Lohengrin at the Deutschen Oper Berlin.

These performances have a high value for me. Also Lohengrin is an extremely captivating part! With regard to the Easter festival, I naturally particularly look forward to Simon Rattle and “The Band”, as I gladly call the Berlin Philharmonic. I earlier played Brass Band, first trumpet, then horn and euphonium. I love Brass - and the sheet metal of the Berlin is simply divine! For the horn calls alone it was worthwhile to rehearse Siegfried. After Siegfried come Captain Ahab in Dallas and Hermann in “Pique Dame” which I will sing in Barcelona.

Which music did you hear as a child?

I come from British Columbia and grew up with church music. My whole family had a strong connection to the music. And with my whole family I mean all eleven in our house! All loved it to sing. With Country music very present in the west of Canada however I could begin little. Then already with Pop: I heard Santana and Chicago; Black Sabbath on the other hand was a bit too crazy. I had not very much of an idea of classical music, except that one heard on the radio, electronic versions of Mozart works, you know: “It's a bird, it's a plane, it's a Mozart!” Then one day I reached into the record store for the original of the 40 symphonies and was enthusiastic. From the Brass Band I came later to composers such as Bach or Bartók.

Originally I wanted to become a music teacher. At the university one drew my attention to my voice, and I began to train it, sang in various chamber choirs Bach, Britten, Mozart, predominantly Kantaten, but very quickly already solo parts. Once I was even one week long on the way as a countertenor - because I had agreed, without knowing what a countertenor actually was. However, I did not sing opera. This music was strange to me. It made little sense for me to blare out the very intimate texts of the libretti with the voice volume of an opera singer.

Then the year 1979 came. I won the very important for me competition of the CBC talent festival. That was on one Saturday. On the Wednesday after I ended my study, and on the following Saturday I married. In this exciting week I made the decision to try my luck as a full-time singer. Very quickly I noticed however that no way led past the opera. I visited the opera class and fell in love with these affectionate, often unconventional stage figures. Then I went to the opera house to Toronto. But before I was allowed to sing larger roles there on the main stage, the New York Met communicated with them. 1988 I won the Birgit Nilsson prize of the Metropolitan Opera. The house accepted me immediately with open arms – only there it was no more with small roles: I had to go immediately as Bacchus on the stage. That was my first large opera role! Immediately after it came the prince in “Rusalka” and “Lohengrin.” I have never sung a large role at a small house. But I would have had another choice? Naturally I had fear to stand on this stage where on the day before entered Pavarotti and on the day after Domingo. I decided to jump in the cold water and until today have not regretted it. Probably it helped me that I was at that time already 32 years old and thus no more the young upstart. But it was still a very unusual start of a career.
Posted by Dr.B at 10:28 PM