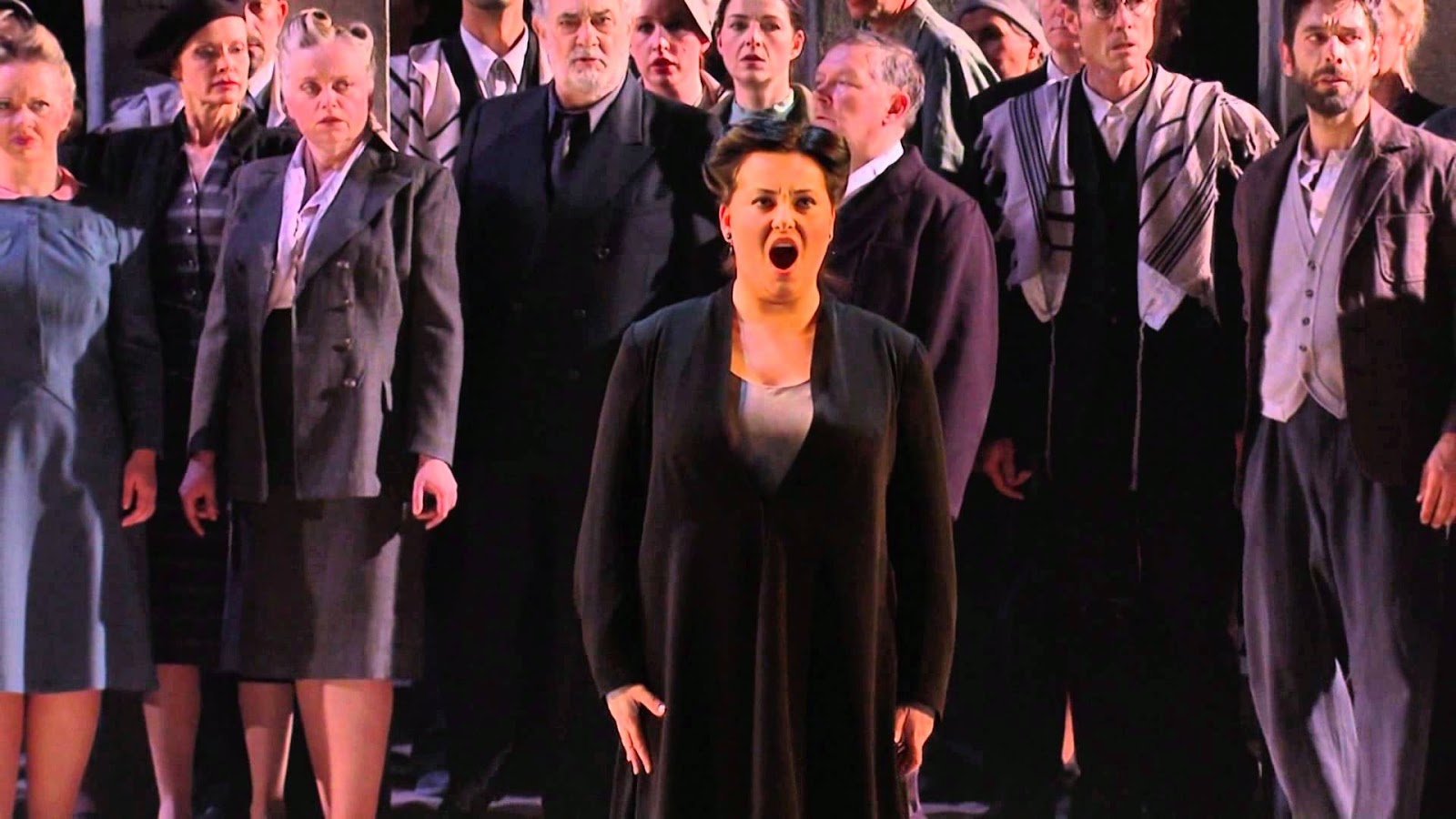 The website for the Royal Opera is one of the worst ones for leaving out the cast list when advertising its productions.  The above two people were all I could find for the Nabucco I saw last night at Tower Theater.  The performance took place in 2013, I think. The costumes suggest 1940's holocaust.  The sets are abstractions and suggest nothing at all.

This showing came with quite a bit of  explanation.  It was only Verdi's third opera.  His second opera, Un giorno di regno, was a flop, and he vowed not to compose again. The text of "Va pensiero" motivated him to compose again.  It is this wonderful chorus that raises this opera from the ordinary.

Nabucco is not an opera that I have seen too often.  I think in the screamer roles of Abigaille and Lady Macbeth I prefer Guleghina.  Domingo was effective because his actual age reflects the lack of vigor of the character.  I rather liked him in this part.

I was able to find this listed on Fandango.  Perhaps that will work for you, too.
#ad