Dialogues of the Carmelites 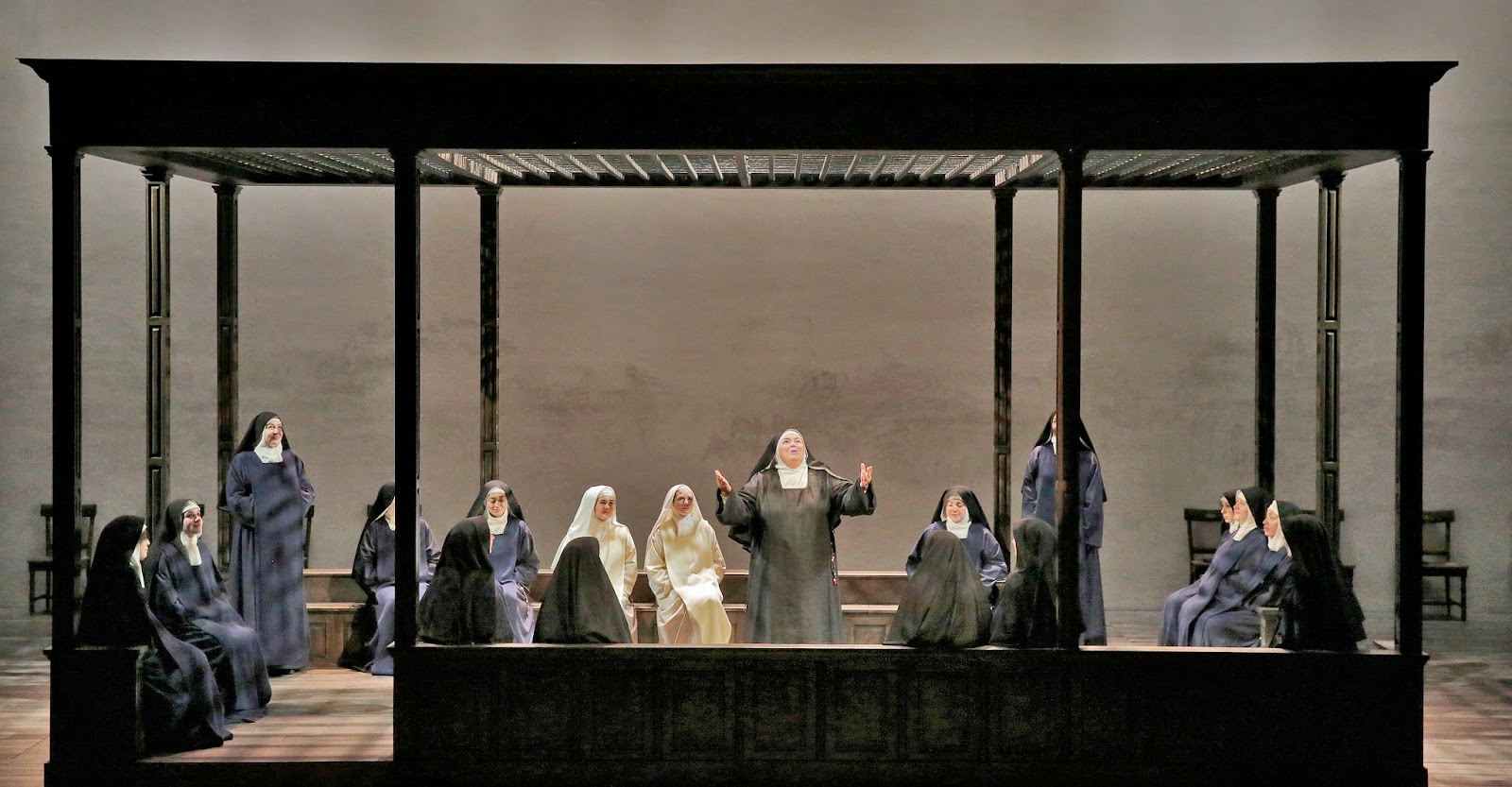 While in Saint Louis I also saw Francis Poulenc's Dialogues of the Carmelites. At Poulenc's specific request this opera is always done in the language of the audience.  In this performance they have used the translation by Joseph Machlis created for the original American performance of the opera in 1957 at the San Francisco Opera.

It isn't just a story.  A real group of nuns were killed in the French Revolution just 10 days before the end of the terror.  The story is that they went to their deaths singing parts of the liturgy while the usually noisy crowd stood silent.  It is a message of grace.  Basically each says I die in the place of others.  Perhaps they were right.  It is not unbelievable that their deaths caused the terror to end.

It is interesting to see Les mamelles de Tirésias and Dialogues so close in succession. One is entirely frivolous and the other deeply serious. Poulenc made studious choices in writing this very serious opera which consists of a lot of very wordy recitative that only occasionally rises to aria, plus choral singing in Latin of catholic liturgical texts.  For the style of the recitative he thanks Monteverdi.

The set is shown in the picture above.  It turns to different angles in the 3/4 round stage and adds tables and chairs when needed.  It seemed strange but effective until the final death scene.  This could have been staged for more impact.  The 2 novices, Blanche and Constance, can be seen in white behind Christine Brewer, a sympathetic new Prioress.

Most memorable was the performance as the old Prioress of Meredith Arwady.  She dies in a most intense manner.  It was a pleasure to see this.  It was my first time with supertitles which most enhance the operatic experience in works with lots of text.  The message of death as grace was successfully communicated.