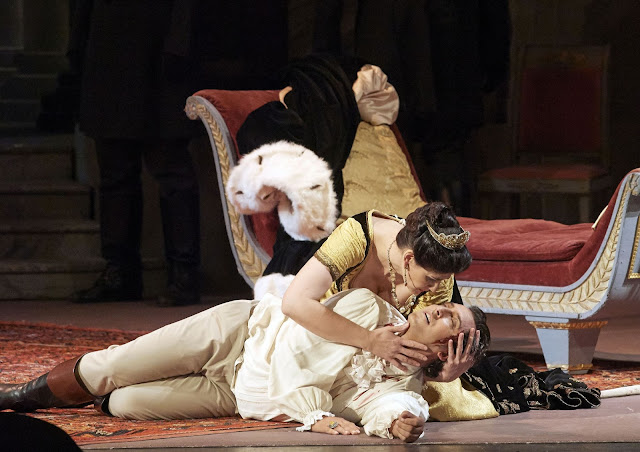 There's a film currently on YT of Tosca from the Wiener Staatsoper with Anja Harteros & Jorge de León. It doesn't tell who the Scarpia is. I wasn't particularly wild about the tenor but very much enjoyed Anja's idea of Tosca. She is the first Tosca I've seen that made you feel you were watching a famous opera singer. It's as though she herself murdered Scarpia. She behaves as though she expected people to be constantly watching her. She is ever self-consciously melodramatic. She moves like an actress. And in act III when she instructs Mario how to die, she demonstrates like a director with a very theatrical fall to the floor. This is the Tosca of imagination.
#ad

If this was the production from last October, Operabase cites Marco Vratogna as Scarpia. He's a new one to me.

He's Iago in the Otello from London.