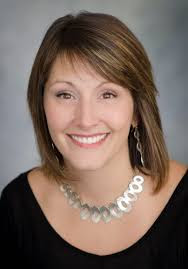 Carrie Hennessey and her accompanist Jason Sherbundy, piano, gave an extremely ambitious recital at Pioneer Church in Sacramento.  I could not help thinking the selections were made for love.

In the opera this is a party song and is supposed to be extemporized.  It was the perfect start for this recital of soaring, almost operatic music.

I probably have more recordings of these than anything else.  Elisabeth, Jessye, Renee, maybe others.  They are the peak of song repertoire.   The rearrangement was probably done to place two songs with the unique soaring phrases found only here at the beginning and end.  Carrie has her own personal style which adds an extra layer of intensity.

The text is by James Agee whose father died in a car accident in 1916.  It seemed to me that this was a perfect choice for the approach to Fathers Day.  I wasn't sure the operatic style exactly suited this, but it was still very moving.

"I want Magic" from Previn's A Streetcar Named Desire (1998)

"Don't turn on that light."  Carrie has played this role and loves this music.

There was an encore:

After such a difficult concert, one would choose this for an encore.  After the concert was over, we were told that Carrie was sick with a cold.  It is allergy season in Sacramento.  There were tiny indications, but all in all this was very successful.  I put in the dates for the pieces so it would be clear that everything was from the twentieth century.  Wonderful music, terrific singing.  Who says the recital is dead?
Posted by Dr.B at 1:07 PM