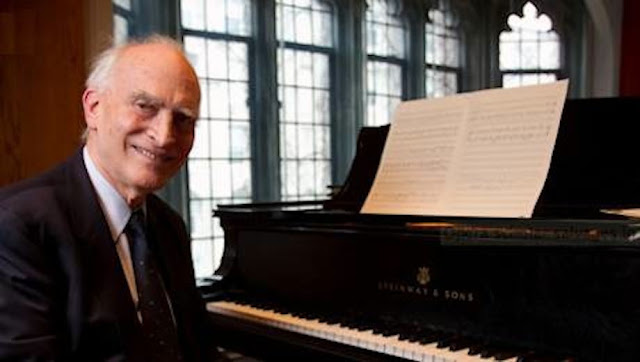 I bought Philip Gossett's book Divas and Scholars in 2006 when it was published and immediately started blogging about it in my usual disorganized way.  I liked that he as a musicologist took Cecilia Bartoli's side in the scandal about her aria changes in Le Nozze di Figaro.

He was a musicologist who specialized in Rossini, Bellini, Donizetti and Verdi, and he supervised the printing of new editions of their complete works.  In Divas and Scholars he writes about musicology in a way that it might be understood by people who are not musicologists.

In October 2006 while he was still in Chicago, I sent him an email about the things I had blogged.  This started a long exchange of email that seems to have ended in 2012.  He sent me some nice things to quote.  He was very kind to me.

I especially enjoyed detecting his influence in Santa Fe at the performance of Maometto II.  The entire performance was wonderful.  And now he has died.  We were similar in age.  For his four composers he has altered the landscape of music.

When I was a student, the library was full of large books of the complete works of various composers.  Telemann's was perhaps the largest.  The only Italian works in any of these volumes were those that had been performed in German cities.  It appeared that musicology was German.  Today that has all changed, perhaps because of Dr. Gossett.  Italian repertoire is the musicology of today.  Newly discovered Italian opera scores appear regularly.