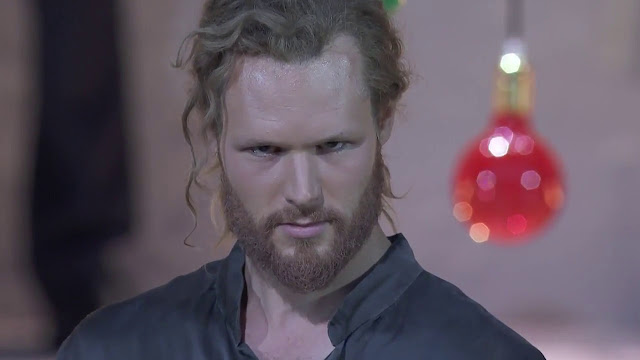 What if Don Giovanni is a silly person and is just larking about?  And what if Leporello is the one who stabs the Commendatore, accidentally, of course? Is this the Don Giovanni I've been searching for?  This is the great Mozart opera from Aix-en-Provence. 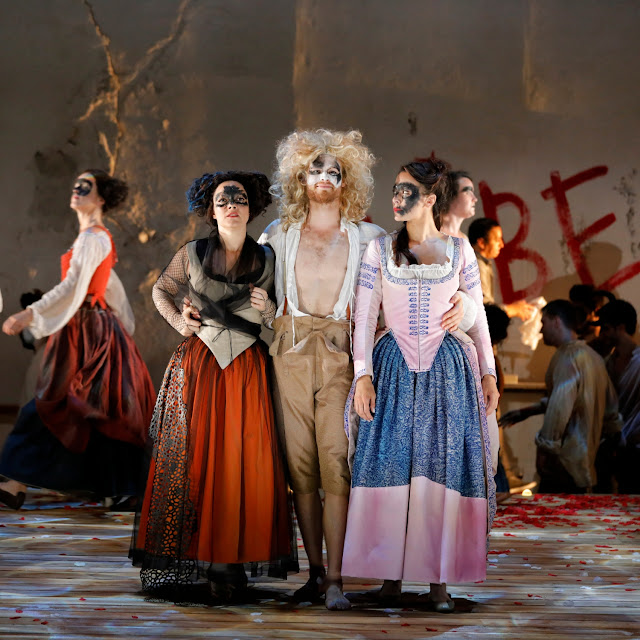 Toward the end of the intermission the Don comes out in more or less modern clothing and offers flowers to a woman in the front row.  He's scanning the audience for more candidates.  He waves.  The orchestra is back so he's looking them over.  He claps for the conductor.  Leporello is in modern clothing, too.

Elvira enters with a shorter skirt, followed by her servant carrying the gun.  The Don and Leporello exchange silly wigs.  They don't look much alike.  Leporello has tattoos, Don Giovanni doesn't.  This is completely satisfying my desire for a Don Giovanni in a comedy staging.  The best singing is from the women.

Masetto shows up in the audience with a gun which he waves around.  I see now that this is as close to a comedy as it can get.  Some of the characters, Ottavio, Anna, Elvira, are serious to the core.  We have here corrupt young men going wild.  Giovanni strips down to his underwear at the end.  There is some nudity.

I completely bought it.  Don Giovanni may now return to being a serious opera.
#ad