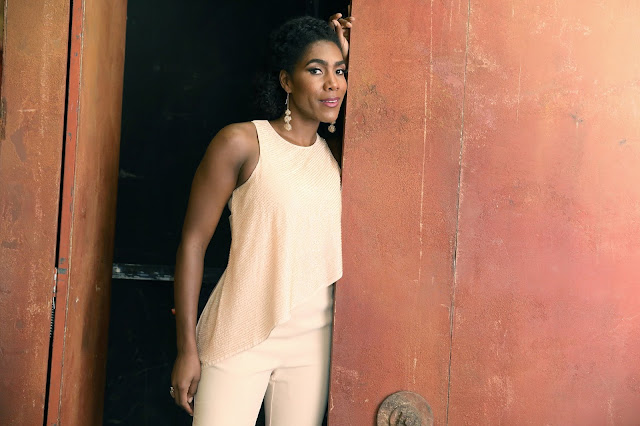 After a production of Bizet's Carmen where people raced cars, Francesca Zambello's production was a welcome change.  At least there were no psychiatrists (see other Carmen).   This production is new to us, but I think it started out in London.  It was visually plain but clarified the plot in an excellent manner.  I especially liked the orange tree in Act I.  We heard the opera comique version which comes with spoken dialog.  It goes by pretty fast.

We all liked best our Micaëla, Anita Hartig, who has appeared on the Met HD series as Liu in Turandot with Nina Stemme and Micaëla in Carmen with Anita Rachvelishvili. She is seasoned in her role and has a beautiful voice.

Our two main characters Carmen and Don José were both making their role debuts.  This is a situation where one should attend at the end of the run when everyone has settled into their character.  Carmen is especially difficult here.  She dominates every scene with arias (sung lying down sometimes, a modern fad.  We blame Anna Netrebko), dancing, flirting, castanets, anger, love, just about anything you can imagine.  It is necessary to be careful not to get hurt.  By the end of the run she would be able to focus more on her singing.

I couldn't decide about Matthew.  Does the part not sit right for his voice?  He is a tenor I like very much, but something sounded rough in his voice.  He played Don José more out of control than anyone I have ever seen.  She knows she will die, it was in the cards, and does not care.

I enjoyed it.  It's a beautiful opera.