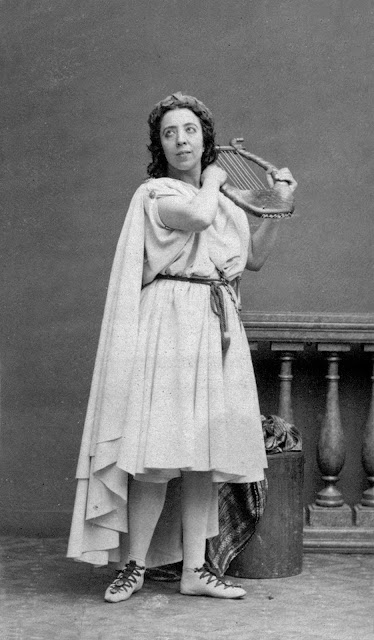 Cecilia Bartoli's Whitsun Festival at Salzburg in 2020 will be an homage to Pauline Viardot-Garcia (1821 – 1910), the sister of Maria Malibran.  Viardot's voice did not precisely mesh with Cecilia's, which explains why she has not featured her before.

The Pfingstfest as curated by La Bartoli usually features a fully staged opera starring herself that is presented twice.  Next year it will be Donizetti's Don Pasquale sung in a version ornamented for Viardot and directed by Moshe Leiser and Patrice Caurier.  This should be fun.

Berlioz created an arrangement of Gluck's Orphée et Eurydice for Pauline which she sang over 150 times.  This will be the second opera and will not feature Cecilia.  I once reviewed this arrangement from a DVD here.

The remainder of the festival generally involves concerts.  One will feature the great choral works the Fauré Requiem and the Brahms Alto Rhapsody, both works which I love very much.  There will be a staged song matinee with songs by Viardot and starring mezzo-soprano Vivica Genaux.

The festival will end with a gala concert designed as an homage to the entire Garcia family:  Cecilia Bartoli as Maria Malibran, Varduhi Abrahamyan as Pauline Viardot, and Javier Camarena as Manuel García.  There is much to love.  I haven't been traveling for health reasons, but perhaps I should at least consider this.  The dates are May 29 - June 1.

P.S. Cecilia Bartoli has extended her Whitsun Festival contract to 2026.

Sorry that you are feeling punky. Hope you recover enough to attend this. We miss you here in the Bay as well.

There are several things I wanted to come down for, but couldn't make it. Thanks for caring.