Cool. I am in tune with the universe.

Despite the fact that the news was put out by Jonas' fan page, it has to mean the Sehnsucht album and not the Romantic Arias album. Or if it isn't a mistake then they awarded to an album from last year.

This is the most GQ of Jonas' pictures. 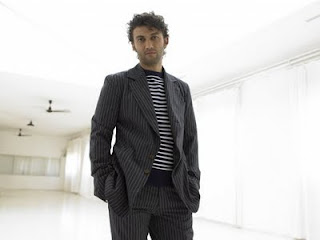 Sorry, I have to correct myself. The online election showed Romantic Arias, but actually the Diapason d'or was not for a special CD but the artist-of-the-year award. So Jonas and Cecilia are the Diapason d'or artists of the year 2009. I agree :-).