Should musical composers try to cross over to opera, as I discussed here?  There are a few who did.

One is Jacques Offenbach who wrote many popular light operas like La Belle Hélène and Orphée aux enfers before successfully crossing over to Les contes d'Hoffmann.  He has to be considered spectacularly successful.

Another successful crossover composer was George Gershwin who created musicals like Funny Face and Of Thee I Sing before successfully crossing to Porgy and Bess.

I am fascinated to read that Richard Rodgers, composer of musicals like Oklahoma and Sound of Music, did not do his own orchestration.  This puts him more in a category with Irving Berlin, who, it is my understanding, could not read music.

I suppose there's a point of view issue here.  The question is, is the work considered an opera by serious opera types?  Arthur Sullivan's works may be some of the most popular works ever composed by an English composer, but that doesn't get him any respect for Mikado in classical music circles.  Johann Strauss II probably rises higher in classical esteem.

This only makes the success of Hoffmann and Porgy all that more astounding.  Both are fully accepted at every level of the opera business.

Who would we be trying to encourage if we assume we intend encouragement?  Andrew Lloyd Webber?  Stephen Sondheim (did you know he was a writer on the TV series Topper?)?  The chief barrier these days is that if you look down into the pit at a musical, you will see few of the same players as in an opera orchestra. 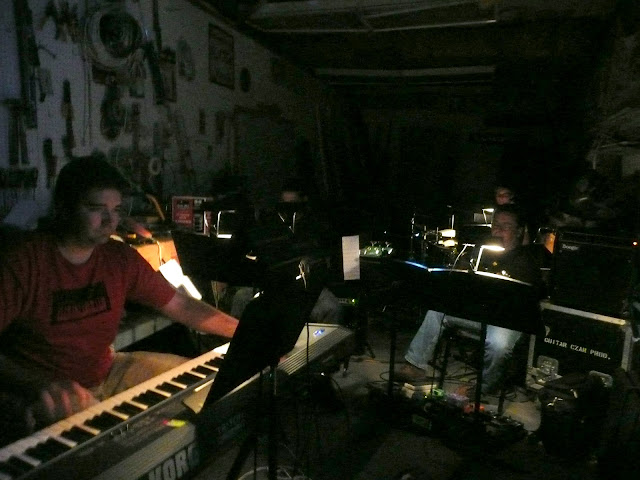 Pit orchestra for a musical at work.

We don't think it's impossible, but you will have to forgive us if we are dubious.

P.S.  And now there is this commentary on a similar topic by David Gockley here.
Posted by Dr.B at 11:45 AM