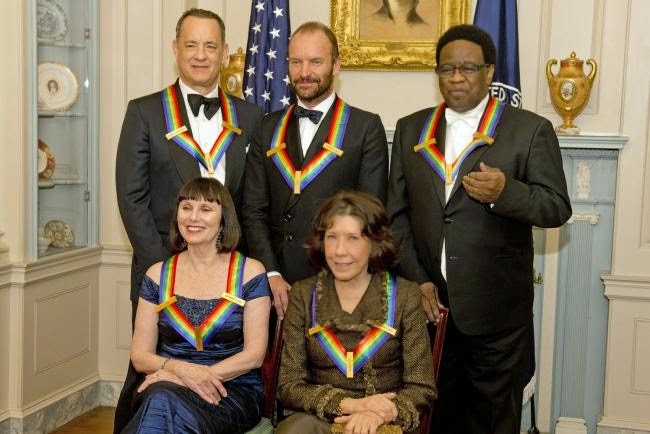 This blog is now 10 years old.  I began it with a post about the Kennedy Center Honors, and it is therefore suitable that I mark the anniversary with a new one.

The taping ran on CBS last night, and the honorees in order were:   singer Al Green, ballerina Patricia McBride, actor Tom Hanks, Lily Tomlin, and Sting.  Jessye Norman was in the audience.  I expected her to do something, but she didn't.


Jessye was as close to classical music as we got.  I felt that the show started high and went downhill.  Nevertheless the honorees were all deserving.  There was a controversy in the live performance that was edited out of the broadcast.

Happy anniversary to me.