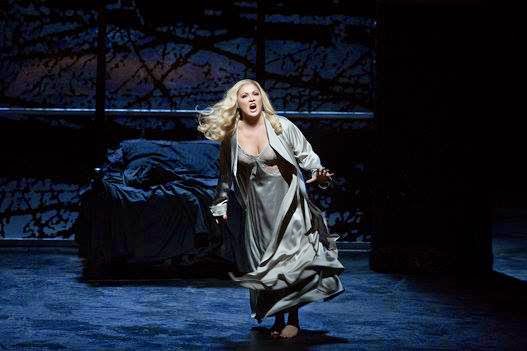 I am actually astounded by how many operas I have added to my operas seen list this year.

We will start with things that are not actually new but were new to me: Ercole Amante by Cavalli on DVD, Matilde di Shabran by Rossini on DVD, I due Foscari by Verdi from ROH, Rita by Donizetti live, Partenope by Handel live, Die schweigsame Frau by Strauss streamed, Les mamelles de Tirésias by Poulenc live, and the classic American opera Susanah by Floyd live. I can't decide about Show Boat. Does the movie count?  I viewed Barber's Anthony and Cleopatra on YouTube for the first time.

New for everyone or practically everyone: The Minotaur by Birtwistle on DVD, Hydrogen Jukebox by Glass live, The End of the Affair by Heggie live, Death and the Powers by Machover simulcast from Dallas, Anya17 by Gorb live, 27 by Gordon live, and Brokeback Mountain by Wuorinen streamed.

If you count Show Boat, this is 17 operas. I think I am impressed. I traveled only for 27.


There can be no best Wagner award because I have seen no Wagner at all this year. Unless I go to Meistersinger on Wednesday.

2014 was not the spectacular opera year that 2013 was.  Perhaps if Dresden had chosen to stream, or Munich had picked different things to show us.
Posted by Dr.B at 12:11 PM

I'm also going to do my Awards 2014! And I also have to admit that this year has happened to be not so spectacular as I expected.