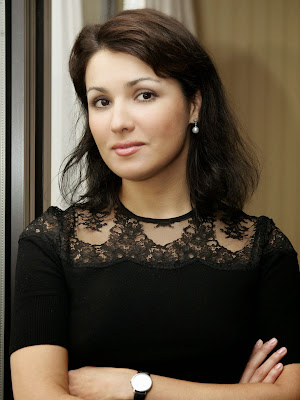 All the news today is about Anna Netrebko.  The strike at the Rome Opera was averted, to show honor to Muti, and Puccini's Manon Lescaut went on as scheduled.  It, and especially Anna, was a triumph in her role debut.

Then more Netrebko news because she has cancelled all impending performances of Faust, including ROH and Vienna.  She has decided that the role is not for her.  My favorite Faust is still Ailyn, if anyone is looking.  Sonya Yoncheva will replace Netrebko in Vienna.

After all, why blog if you leave out your opinions?  For some reason that we are not privy to Anna Netrebko has been attempting to learn Leonora-Trovatore, Manon-Manon Lescaut, Marguerite-Faust and Lady Macbeth-Macbeth all at the same time.  One of these things is not like the others, one of these things does not belong.  Hint.  Maria Guleghina has successfully sung 3 of these while the fourth has been most notably performed by Victoria de los Angeles, an astonishingly different style of singer.  Who decides these things?  And why?