"To the one hundred percent Diva"
[Translated from Berner Zeitung.  I have switched all my Google Alerts to German and am getting much better results.]

Mezzo-soprano Cecilia Bartoli has sung lost libretti from the Tsarist empire. While talking in Salzburg, the Swiss by choice woman explains how she even rode on an icebreaker. 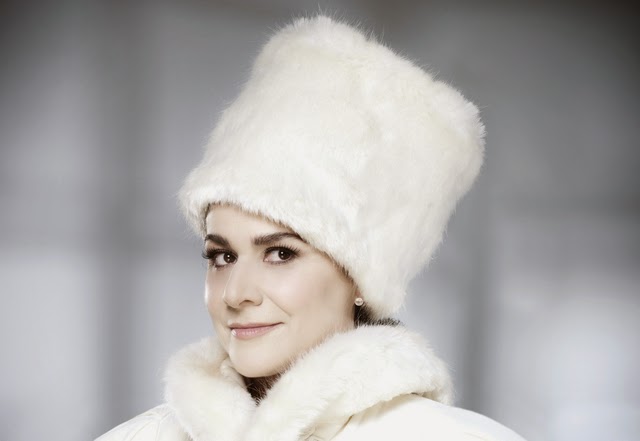 Under the empresses: Mezzo-soprano and director Cecilia Bartoli (48) [She is called Intendantin, which is the title of the person in charge of a theater or festival. She is usually called the music director, but we all know better.]

On the floor of the Mozarteum in Salzburg there is music to be heard. A door opens, and a good-humored Cecilia Bartoli sticks out her head. The Italian appears in an elegant blue pinstripe suit, discreetly made up and with matching sunglasses.  During the interview Bartoli is full of energy, often bursting into a hearty laugh, and shows the enthusiasm with which she pursues her projects.

Ms. Bartoli, what brought you to Russia?

Cecilia Bartoli: Many Italian composers of the Baroque period were immigrants, just like me. When I saw that many of them went to Russia, I was wondering: If the historical beginnings of Russian opera are recognized to be around 1830, then what are these