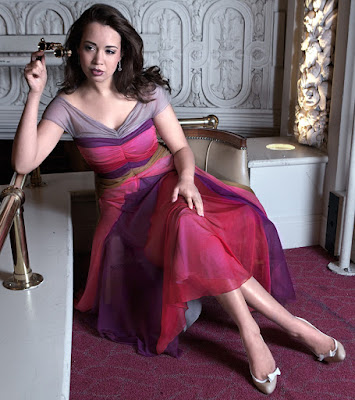 The winner of this year's Richard Tucker Prize has been announced, and it is Nadine Sierra.  She and I have a history.  In 2010 at the Merola Finale she was the only one I praised.  In 2012 I reviewed her Schwabacher Debut Recital and said, "She is strong in the thing that for me counts most:  expression."  I also praised her technique and her facility with languages.  I've seen her live in San Francisco in Le Nozze di Figaro and Lucia di Lammermoor.  Summary:  she's a wonderful young singer we can enjoy for a long time.  Congratulations.