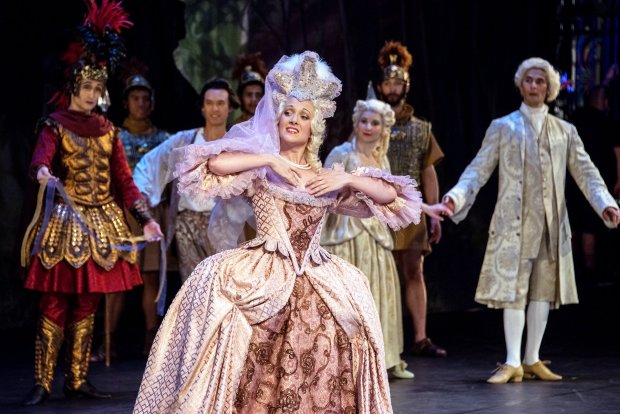 👍🏻
Le temple de la Gloire (The Temple of Glory) is an opéra-ballet by Jean-Philippe Rameau with a libretto by Voltaire.  This is all rather well explained in the Mercury News.  This performance by Philharmonia Baroque and the New York Baroque Dance Company was of the 1746 version in a prelude and 3 acts.

This is a large and complex undertaking.  There is at least as much dancing as singing.  There are three supplicants to enter the temple of glory:   Bélus, a conqueror who forces the kings he has defeated to carry him in on a sedan chair; Bacchus who celebrates love and wine; and the emperor Trajan, who forgives and releases those he has conquered.  Only Trajan is deemed worthy.  We are viewing Voltaire's outlook on virtue.  I understand it to have been a failure because it did not enjoy the king's approval.

This is something that modern commercial opera productions simply don't do--an attempt at an authentic reproduction of a Rameau theatrical work as it would have been presented at the time.  A modern company like the Santa Fe Opera will make the frog Queen look as much like a real frog as possible, such as in Platée here.  Or Glyndebourne will stage his characters inside a refrigerator, such as in Hippolyte et Aricie here.  Or the Bayerische Staatsoper will choreograph break dancing, such as in Les Indes Galantes here.  So an attempt to show something as it might possibly have been in the eighteenth century is a rare treat. The period style dancing was pleasant to see.  A peak part of the dance experience was when someone danced an ostrich in the Bacchus act. 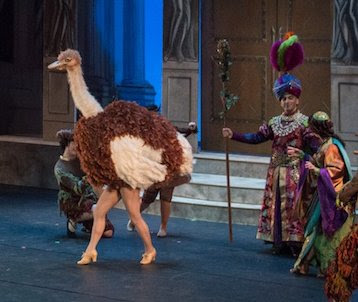 The music still sounded very sweet and nothing like Handel.

The stage is well populated and the stories complex and a bit hard to follow.  There is an intended political message.  Our kings should be seeking more than their own glorification.