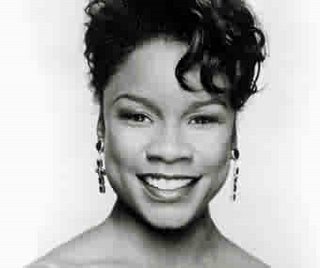 I went last night to hear Denyce Graves in recital at Kennedy Center with accompanist Warren Jones. I liked it, but not enough to stay for the whole thing.

It's a long drive back to Frederick, though I seem to have finally discovered the route. There is a rule in Washington--if you don't know how to get there, we're not helping. This is a little like hiding Bolinas (obscure California reference.) In the south they don't want to help out all those lost northerners by actually giving them directions, so there are absolutely no signs that say "turn here for Kennedy Center," and the actual route is rather mystical. Ditto for getting back out. So far I have gone a different way driving home each time I've gone there, making the whole trip take about a half an hour longer.

Route to Kennedy Center: down the GW parkway to the Roosevelt bridge (that's Teddy, not Franklin), turn right at the very first opportunity and keep right. Sounds easy. So why no signs? If you miss the turn, you're sunk. You can circle the place for hours. Allow time for circling.

Route back: Exit going north and continue north along the river. Exit onto K, exit onto Key bridge, exit immediately onto GW parkway. The sign will say "to 495." It will never say George Washington Parkway, but what else could it be? If you miss any of these turns or exit the south side of the building, you are sunk. It's an IQ test. No dumm people are invited. Skip all this and go on the Metro, except you have to walk around in the dark, and it takes a lot longer to get home.

I usually take the scenic route home through the middle of DC with stops to ask directions and get home very cranky.

Denyce Graves, a beautiful black woman with an interesting mezzo-soprano voice, changed the program from the original printing. She sang "O Del Mio Dolce Ardor" from Gluck's Paride ed Elena to open instead of "Sweeter than Roses" and added an aria, "Acerba volutta" from Cilea's Adriana Lecourveur. This was an odd experience for me--I have sung everything on the first half of her program except for "Heimliches Lieben" by Schubert. That means I have a really good idea of how she did. She subtitled her program "Woman on the verge of a nervous breakdown."

She successfully took the low D at the end of Schubert's "Der Tod und das Maedchen," something I don't remember doing and have actually never heard before. Excellent.

I liked her best in the pair of arias: Cilea's "Acerba volutta" and Donizetti's "O mio Fernando" from La Favorita. These are dramatic mezzo arias for which she is very well equipped. I liked also very much her semi-dramatization of Schubert's "Gretchen am Spinnrade." She has a big voice and a big vibrato which she needs to keep under control. It is a voice perhaps best suited to opera. Ms Graves is a DC native and had a very sympathetic audience.

Speaking of the audience--DC audience members seem to clap constantly. If the singer takes too deep a breath, they begin clapping, including a round of applause in the middle of "O mio Fernando." I think the aria makes a better effect if it runs its course.

I have to say a few words about Warren Jones. He put the music flat on the piano so he could always easily see Ms Graves. I couldn't tell if this meant they had not practiced that much together. Did I find him "the finest accompanist now working" as the blurb in the program says? He seemed to me to charge wildly ahead at every opportunity while Ms Graves held back. They often seemed not to be performing the same pieces. She always insisted on her own interpretation no matter what he did. This is the secret to getting your own tempo--just sing that tempo no matter what others around you are doing. Eventually they will submit. Think how much better it might be to agree on a tempo before hand!

But then, I know too much. I was always imagining my own expectations.
Posted by Dr.B at 6:52 AM

I listen often to Graves' CD of French arias, which came out a year or two ago. I really like her voice a lot, although I much prefer the French version, "O mon Fernand." After delving into Prof. Gossett's discourse on the complexities of translating French lyrical lines into Italian, I now understand why.

That drive back from the Kennedy Center is a total nightmare. For several years, worked in DC, and did a tiny "super" part with the Washington Opera, and our favorite restaurant is "down there" for crying out loud, and I *still* get lost. (And it is indeed quite a hike back to the Foggy Bottom metro stop!)

Heaven help us going the wrong way on the GW parkway at night!