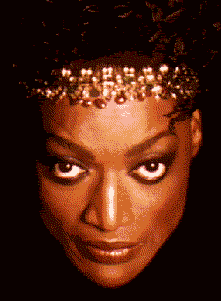 In response to Paul's question I found this information about Jessye Norman in recital at Davies Hall in 2002. She switched her program from Winterreise to Ravel's Shaharazade and Strauss.

She recently turned 60 on September 15. Her voice was said to be in "serious disrepair" in 1996, but in 2002 she is called "wondrous." In my most recent experience of hearing her I concluded she was trying to scale her voice to small and should definitely stick with big. She should sing Ravel and not Schubert.

Many singers slow down when they are nearing 60, preferring to be remembered in their prime. Risë Stevens retired at 50, Geraldine Farrar at 40. Die Zeit, die ist ein sonderbar Ding.
Posted by Dr.B at 5:02 PM