While in San Francisco, between performances of Barber, I went to the De Young to see the David Hockney exhibit. 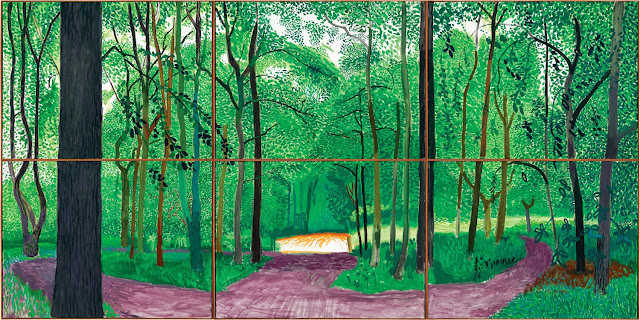 Apparently after living in Los Angeles for 25 years, he has returned to England, thus renewing his interest in English landscape.  He has also started painting on an iPad.  One of these "paintings" was mounted in such a way that we could see the strokes being added one by one.  The picture below (Yosemite) is one of these, and perhaps the one above is also.

Almost everything in the exhibition has been done after the millennium.  He is a bit too realistic for my taste. 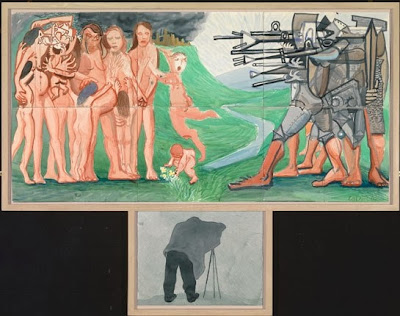 But this picture, also in the exhibition, may counteract that general impression.  It reminded me of Picasso and concerns itself with problems in displaying a massacre.

There were also films of landscapes made with multiple cameras mounted on the same truck.  Interesting.

I can only say that for him the process of transformation to art is now consistent.  Go out and see it, and make up your own mind.