Out and About in Sacramento

Things I have been to lately: 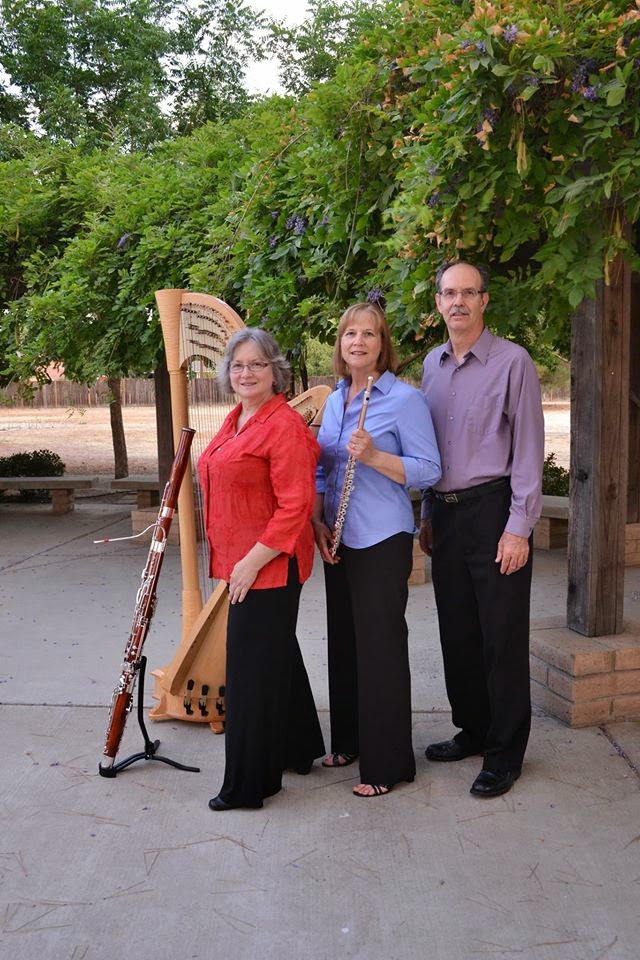 
This trio consists of Nancy Wallace, flute, Larry Gardner, bassoon, and Laura Porter, harp, and they come from the lower end of the San Juaquin Valley.  The pieces they played were often arranged from pieces designed for other ensembles.  The most common rearrangement was for the harp to be reading from a piano score.

It's a pleasing grouping.  My favorite piece was called Stylistic Variations on a Familiar Tune by Arthur Frackenpohl, a still living composer.  This is unusual chiefly because it does not begin with a playing of the theme.  You are required to guess, and I am pleased to say I did.  I'm not sure if I should tell. 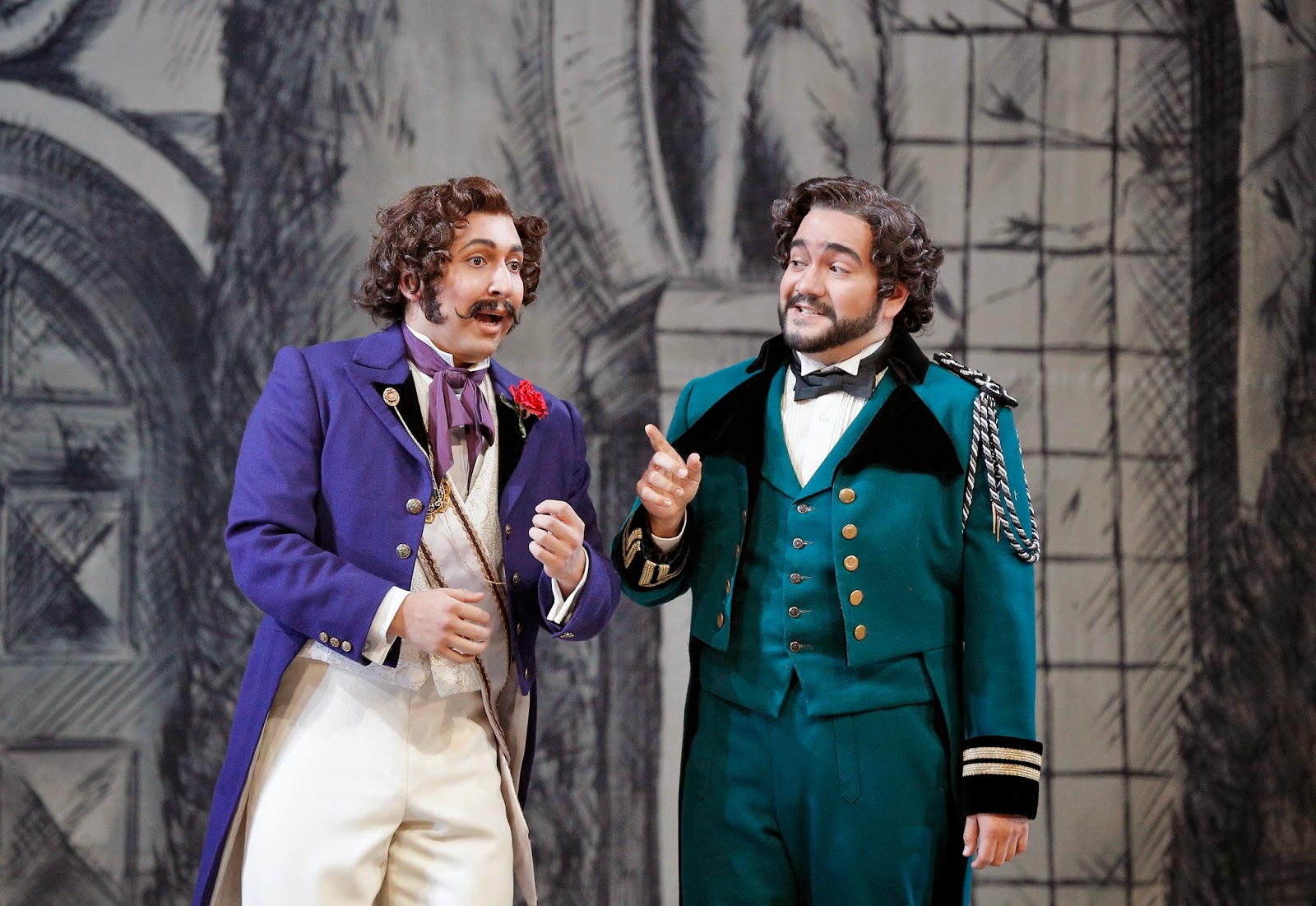 Efrain as Dandini is on the left


I had seen Efrain Solis, baritone, three times before in San Francisco.  In my first encounter he sang Rita's first husband in Donizetti's Rita.  Second was his appearance as a member of the ensemble who performed Glass's Hydrogen Jukebox for West Edge.  He is a 2014 and 2015 Adler Fellow at the San Francisco Opera where I saw him recently as a very comical, slapstick Dandini in Rossini's La Cenerentola.  He may be regarded as an excellent comic baritone.  Buffo?

His work at the San Francisco Opera has resulted in an excellent preparation for this recital where he sang Beethoven's An die ferne Geliebte, Three songs by Samuel Barber, three songs by Faure, two songs by Rachmaninov and a Hispanic group at the end.

I thought he navigated this wide stylistic variety very well.  As is usually the case, he came more to life in the three Hispanic songs in the last group.  Singers generally shine brightest when they finally arrive home.  I enjoyed him very much.


There were a lot of new experiences for me in this concert.  The pianist, Kenneth Slowik, played on a fortepiano, something I may have seen before but have certainly not heard played live.  It's small and has no pedals.  It's also very, very soft.  This was not a problem when he played with the violinist, Ian Swensen, and cellist, Elisabeth Reed, who played softly in the manner of modern day original instruments groups.  They restring their instruments when playing in original instrument ensembles, I'm told.

It was a problem when he accompanied Christine Brandes, soprano, in a performance of Haydn's Arianna a Naxos.  She appears also in major opera houses and sings loud like a normal opera singer.  She often drowned him out.  She is very expressive and speaks clearly.  No matter how much he banged he never got very loud.

Another new experience for me was the absence of a peg on the cello.  I was informed that pegs only appeared on cellos in the middle of the 19th century.  Instead she held the cello off the floor with her legs.  She didn't seem to mind.

Another new experience for me was the violinist, Ian Swensen, quizzing some members of the audience about whether or not they were keeping up with their practice schedules.  He used to teach here.

Three of the pieces performed were by Haydn and the fourth was by Schubert.  Very pleasing.


So there is quite a lot going on around town, but it can be hard to find out about.