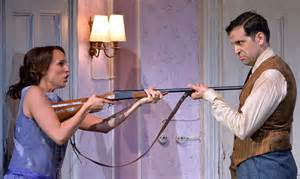 Today from the Salzburg Festspiele was the Downton Abbey Le Nozze di Figaro. Susannah and Figaro were Anna and Bates, of course. Marcellina was the Duchess. Hugh and Cora never seem to quarrel but they are the Count and Countess Almaviva anyway. Susannah very very quickly snuck in a Nazi salute when she spotted Cherubino in a uniform. What was that about?

As I get older I realize that I understand more and more of the big three languages of opera--French, German and Italian--so I did not mind that there were no subtitles. Maybe I should try this more often.

This is the perfect Figaro.  I have never openly sobbed for Figaro before.  For the singing.  For the playing.  For the conducting.  And most especially for the spectacular production and the absolutely perfect staging of the final scene.  I'm very fussy about this, you may have guessed. We got to see the Countess's riding outfit hanging in her room and were very pleased to see it appear at the end on Susannah.  The countess wears Susannah's wedding outfit all the way to the end.  Luca looks truly sorry.  When it looked as though the Countess would be left alone while everyone was happy, I simply could not bear it.

Figaro waves around a gun, but does not shoot it.  Apparently in other parts of the world people can hold guns without firing them.

Such a perfect Figaro could only come from Salzburg.

Footnote.  I have one complaint.  I realize that all around us sex is happening.  However, I would prefer that this was left to my imagination.

One of the Austrian newspapers hated this, but Tomassini liked it.