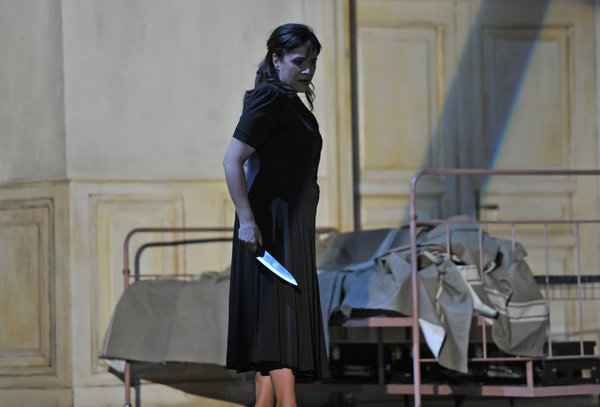 Cecilia's Norma which originally played at the Salzburg Festival in 2013 is creating a sensation in its revival this season.  My review here.

An Austrian newspaper called it Wunder-Norma.

It seems to be universally regarded as a triumph.  It's good to see everyone on board.
Posted by Dr.B at 12:20 AM