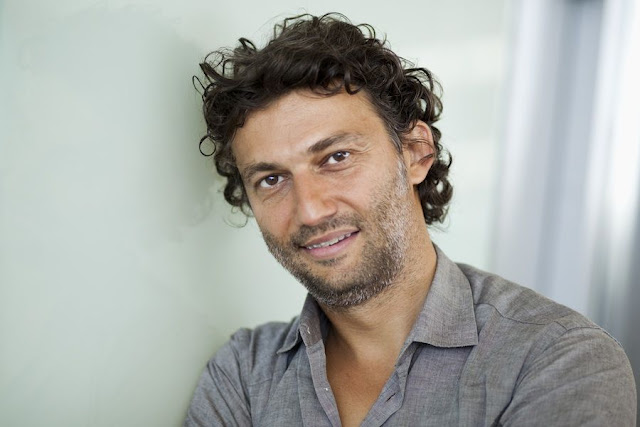 He is one of the big stars of this year's Salzburg Festival. On August 4, Janas Kaufmann will premiere as Florestan in "Fidelio".

For fans in September there will be a special gift, namely the new CD "Nessun dorma - The Puccini Album" - recorded in Rome. You sang this repertoire recently at La Scala Milan. This was sort of a special appearance?

Jonas Kaufmann: I had promised to sing "Cavalleria Rusticana" and "Pagliacci" at La Scala. But my schedule is too full. I had to cancel. This concert was a sort of reparation.

Is there a history to this album?

KAUFMANN: Shortly before my twelfth birthday the Three Tenors brought out their first CD. With a terrific recording of "Nessun dorma" from Puccini's "Turandot". Even today I get goosebumps when I remember it. For a long time I did not even dare to think about singing "Nessun dorma". Now finally I have dared.

What is so special for you about "Nessun dorma"?

KAUFMANN: At the very beginning, the first notes are a madness. I can only think of one thing: wow! And how Pavarotti sang it, with his amazing, unique voice. As I said: The goosebumps have stayed with me.

A jump to Salzburg, to "Fidelio". No debut for you. What has so irritated [excited?]you about singing Florestan in the Festival City?

KAUFMANN: That Claus Guth is directing. A very interesting man. I liked his ideas by our first "Fidelio" conversation.

How will he lay out his production?

KAUFMANN: I promise you: We do not appear in pajamas. We've already done that. Let yourself be surprised. I only want to tell this much: It won't be a conservative staging. The dialogue will be used differently than usual. [To say the least.] There are film clips. Also in Salzburg cameras will be there. Like the concert in Milan, which will be shown at a later date in more than 1,000 cinemas in 40 countries.

Do you mind cameras at an appearance?

KAUFMANN: In Milan I did not like them initially, then no longer. Before cameras I don't sing differently than usual. It would be completely wrong to do anything differently. I think I have always a good relationship with cameras.

KAUFMANN (laughs): By not thinking about such a thing, because he knows what great privilege this profession is. And the beauty is the more energy you give, the more comes back. But that's a different energy than in life. A spiritual. The risk is just to do too much. I realize that I cannot continue. A bit of it is about survival. I will shorten my schedule.

Some tenors complain that they have to always be the "good guys" The ones with the deep voices have the much more interesting theatrical roles:. The villains.

KAUFMANN: There's something to that. But still: The Pinkerton in "Madama Butterfly" is a hard, unpleasant type and Alfredo in "La Traviata" you could accuse him of being so blind and stupid in some situations. Or the main characters in "Pagliacci" and "Cavalleria Rusticana". I gladly sing both operas, because these guys are not unlike each other. The one: a crazy freak who kills his wife, and the other - also pretty crazy.

On the stage you have already embodied plenty of roles. That's certain. Or are there moments where you could really cry?

KAUFMANN: When I first saw the "Butterfly" at a young age, it blew me away. I was totally speechless, because I so took seriously everything that was happening on the stage. Naturally: The innocence fades with time. Nevertheless: Sometimes those moments come back and with them the tears. Once in a "Parsifal" under Daniele Gatti, I was close to it. I held myself back with difficulty. But I have watched as the prompter wept.  [Picturing the prompter weeping is why I decided to translate this.]

The word "sexy" also belongs to your image.

KAUFMANN: Such compliments are indeed charming, but I don't take this too seriously.

You are the father of three children, but live apart from the family. Do you feel that you care enough for your children?

KAUFMANN: No. Or yes, I try as often as possible to see them. I tell myself every now and then: There are jobs where the fathers have even less time. But: The first answer was the more honest. No.
Posted by Dr.B at 8:20 PM