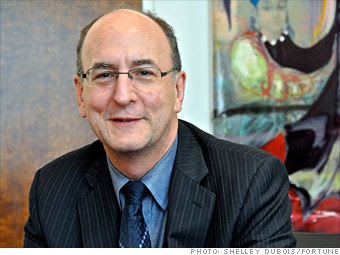 To evaluate Peter Gelb in relationship to his new productions it is necessary for me to select operas to evaluate. I will evaluate new productions from 2007-2012, ignoring everything from the first 2006-07 season for which he is not responsible.

Gelb has imported some famous productions from other houses. Both his Laurent Pelly productions were already famous-- La Fille du Régiment, 2008 [1], was already a DVD from Paris, and Manon, 2012 [2], was almost as famous from the Royal Opera. Pelly is a well established opera producer. As a side note, I must mention that Pelly was the designer of two Santa Fe Opera productions that I have seen: La Traviata and Platée, both rather odd. Traviata is boxes, Platée is bleachers and pond scum. Only Natalie Dessay would have been able to jump around on all those boxes.

Richard Jones' Hänsel und Gretel, 2007 [3], was from Pamela Rosenberg's San Francisco Opera. For me it was rather more notorious than famous, but in New York they seemed to love it.

David McVicar's Il Trovatore, 2008 [4], and Nicolas Joël's La Rondine, 2009 [5], were both seen previously in San Francisco and liked. La Rondine in particular is in a fascinating period style.

When Gelb decided to do Nixon in China at the Met in 2010 [7], he just borrowed Peter Sellars' original production from Houston. Why mess with success? I have seen a lot of Sellars by now, including Griselda in Santa Fe. Some I like, some I don't. He is famous because of his productions of Mozart-Da Ponte in modern dress, all three of which ran on American television. Don Giovanni as a drug addict comes to mind.

Of this group of 7 operas only La Traviata and Hänsel und Gretel can be considered Eurotrash. Fille is unique--modern and made for the talents of Natalie Dessay. I can't work up a sense of revulsion for any of them. I missed the food fight from the San Francisco production of Hänsel und Gretel, but can't actually complain. It can't surely be any of these productions that are supposed to be ruining the Met?

Stephen Wadsworth's first Met production was Rodelinda which I was very impressed with. Then in 2007 came the reasonably conservative Iphigénie en Tauride [8], and in 2010 Boris Godunov [9]. They all seem like normal opera productions to me. Iphigénie tried very hard to invoke an ancient Greek atmosphere and almost worked. I was good with Boris. It stayed out of the way of some pretty fabulous singing.

Phelim McDermott has opera experience at the ENO. Satyagraha, 2007 [10], was suitably abstract, and The Enchanted Island, 2011 [11], was like a traditional production from the long ago past. He is capable of bringing fun to the opera. Surely no one minds these.

David McVicar is very experienced all over the opera world. I already mentioned Il Trovatore, 2008 [4], but he has also done Anna Bolena, 2011 [12]. Both of these productions were very conservative, almost old fashioned.

Richard Eyre produced the amazing Carmen, 2009 [13]. If you didn't like this, what's the matter with you?

People from the west end theater in London include Adrian Noble who produced Macbeth, 2008 [14], John Doyle who produced Peter Grimes, 2008 [15], Nicholas Hytner who produced Don Carlo, 2010 [16], and Michael Grandage who produced Don Giovanni, 2011 [17]. I was hooked on Don Carlo from the opening scene. How could you ask for more? I liked Peter Grimes at first, but have reconsidered. For me every production of Don Giovanni I've ever seen has been ghastly, so this one was somewhat less ghastly than the others. Every tiny bit of plot is somewhere else, and this constantly shifting scene is very hard to stage. I thought the transitions between scenes were reasonably smooth. Macbeth was very ugly and sometimes absurd, very much Eurotrash, but I seem to have liked it anyway. Or maybe it was just Maria Guleghina I liked. So that's a score of one definite hit, two maybe near misses, and one pure Eurotrash for the London west end.

Penny Woolcock, a British film director with a prior relationship with John Adams, produced Doctor Atomic, 2008 [18], and I thought it was a huge improvement over our version in San Francisco by Peter Sellars. The flaws that were left have to be blamed on the composer.

John Cox's Thais, 2008 [19], was his fourth production for the Met. I thought the production was pleasantly amusing, especially the virgin enthroned scene.

In researching this article who should show up but Cecilia Bartoli's darlings Moshe Leiser and Patrice Caurier as the producers of Hamlet, 2009 [20]. Who knew? There was absolutely nothing shocking about this. It was even maybe a bit boring. They are the producers for Clari and Giulio Cesare.

We have only 9 operas left and have still not hit anything completely shocking. Or are you more easily shocked than I am?

All three of Mary Zimmerman's Met productions are considered at least a bit controversial. Her background is American theater off Broadway. For me the original touches found in her Lucia di Lammermoor, 2007 [21], were effective and touching. This is the only production to be repeated in the simulcasts so far, once with Anna Netrebko and once with Natalie Dessay. I loved the fairy tale aspects of Armida, 2009 [22]. It didn't bother me that the tone wasn't dark and threatening. I parted from Mary Zimmerman only for La Sonnambula, 2008 [23]. The show within a show idea completely didn't work for me. When are we hearing the character and when the actor? When is Juan Diego himself and when is he the hero of the opera? This is a very simple plot made emotionally confusing for no reason. I give her two out of three.

Des McAnuff is an American theater director. I suppose his Faust, 2011, [24] from the ENO should be included in the list of imported productions, but I'd never heard of it before. It appeared to have a premise, namely that these people were somehow involved in the labs at Los Alamos. Thus the double-breasted suits, I suppose. I didn't mind looking at it, but it meant nothing to me.

When the various critics are blasting Gelb, they usually condemn bringing in theater directors with no operatic experience, but one of the most despised productions was Luc Bondy's Tosca, 2009 [25]. He has produced a lot of operas in Europe, including La Scala. This is pure Eurotrash. Madonna with boob hanging out. Dark, grim and depressing sets with nothing in the way of decoration. Ugly staging with almost depraved action.  I don't see why it's necessary to goose up Tosca with "interesting" details. Isn't it already interesting enough? Would anyone have cared if the singing had been better?

A producer who seems to actually fit the criticisms is Bartlett Sher who works across the patio at Lincoln Center Theater. His opera productions for Gelb are Les Contes d'Hoffmann, 2009 [26] and Le Comte Ory, 2010 [27]. There is much sound and fury here, especially directed at Ory, but I'm not sure why. Different people like different things.  I think the problem is that Ory is just not that funny.

We have saved the most controversial for last, of course. Robert Lepage is best known for his work with Cirque du Soliel in Canada. His productions for the Met have been La Damnation de Faust, 2008 [28] and The Ring of the Nibelungen, 2010-2012 [29]. I don't remember anyone complaining about his Faust. This work is not an opera and is, therefore, notoriously difficult to stage. Berlioz composed only the interesting parts, so it jumps around a lot. Lepage dealt with the difficulties smoothly and created a pleasant drama. There were projections in this, too.

I suspect that there is a tendency to trash Gelb strictly for the fact that he bought the pig in a poke that is the Lepage Ring. Much of the difficulty with this production, in my opinion, is that Lepage has vastly more experience with acrobats than he has with opera singers. This is all much more plausible when it isn't Bryn, Debbie and Stephanie who are actually doing it. To all potential producers of Wagner:  your actors will be middle-aged and over-weight. Get over it. Watching the film about the making of The Ring made me much more aware of the fact that there are a lot of acrobats on the stage. We would need for them all to be acrobats before this would really work. The projections were kind of cool, though.

My feeling is that Peter Gelb is much more in contact with and indeed in tune with the present day world of opera than are the people who are criticizing him. If you don't like the opera of today, I suspect you are stuck.
Posted by Dr.B at 5:00 AM

I give Gelb credit for putting together the Girard Parsifal - one of the greatest experiences of my operatic life. One for the ages IMO. From The House of The Dead was superb. Prince Igor was excellent, as was The Nose. I loved the McVicar Giulio Cesare. Werther was good, better than the critics would have us believe. Tosca...boring, ugly production. Onegin didn't need replacing IMO but the new one's OK. Falstaff was very enjoyable, as was the Las Vegas Rigoletto. (So shoot me.) The Faust was a dud. And yes I know there were a lot of imports and shared productions. That's an acceptable business model in these times so long as you're picking the right productions.

I don't really miss the Schenck and Zefirrelli productions the new shows replaced. At all.

Which leaves the LePage Ring...so much potential, so much missed opportunity. That Gelb approved the singer unfriendly Machine in preproduction tells me he doesn't really understand opera drama or the practicalities of staging. OTOH a more experienced intendant might never have approved Parsifal...which was a right PITA to stage (but so worth it, unlike the Ring). Neither LePage nor Gelb seem to have understood the psychological underpinnings of Wagner's Ring nor how/where/when to hit the emotional dramatic beats.

One wonders where Levine is in all this. Had he not been ill for much of Gelb's tenure would he have been more assertive? Or would his famous aversion to conflict prevented him from asserting an alternative view? Possibly no one could rein in Gelb, not so long as he had the board's support. (Are the board members all clueless about opera?) The questions on the musical side - casting, Levine's successor etc are another subject.

I will be eternally grateful to Gelb for the MET HDs.

You cover a bunch of productions that weren't in my original scope.